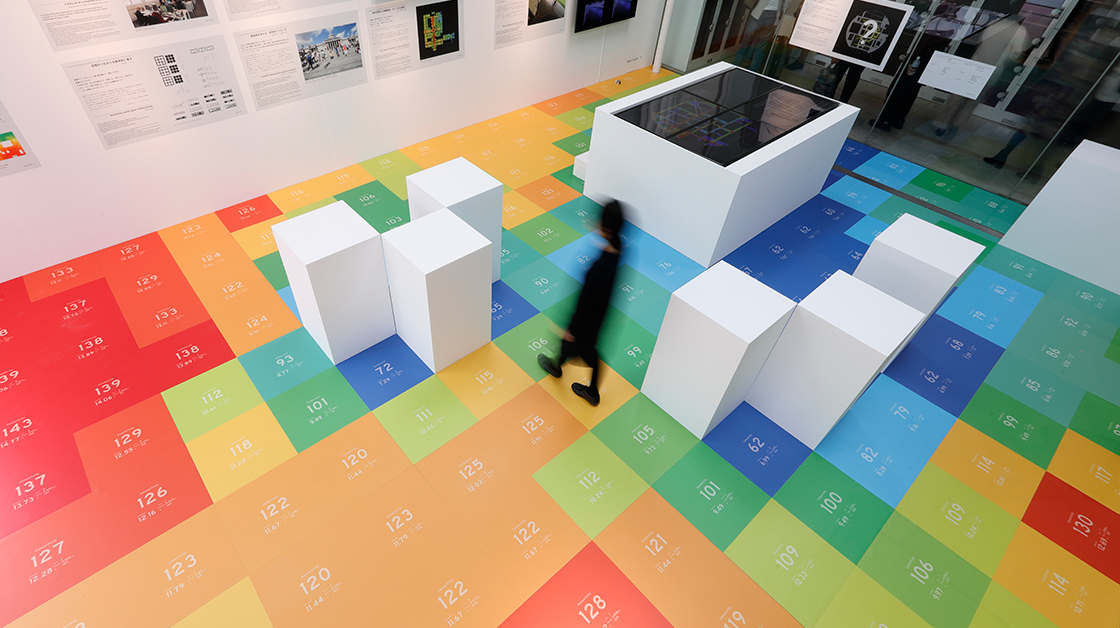 Notice of Suspended
lab.4 Space Syntax has been suspended until June 1st in order to prevent the spread of the novel coronavirus. As there may be future changes as the situation develops, the latest information will be announced via the Museum website as needed. We apologize for the inconvenience and appreciate your understanding.

“Spaces” are where we live. We perceive spaces, by various means, and if a space changes, so does our behavior. Thus it would seem spatial layout and human behavior are closely related. Where might we find the key to illuminating that relationship? This fourth exhibition in the “lab.” series will search for this key, via research and analysis from the perspectives of connections and relationships.
The important term here is “space syntax”: syntax referring to a system for deriving meaning based on the relationship between words. Space syntax is the name given to a thesis developed in the 1970s by Bill Hillier, a professor at The Bartlett (Faculty of the Built Environment) of University College London, and to the eponymous global firm engaged in its practice. The theory and practice of space syntax, which incorporates a scientific approach to analyzing spatial layout, and contemplates the relationship between human perceptions and behavior, has attracted growing attention in recent years as a new technique for the design of urban and architectural spaces.
While showcasing this space syntax theory and practice, for the duration of the exhibition we will also be undertaking two research/analysis projects at the 21st Century Museum of Contemporary Art, Kanazawa. The first will be a study of indoor behavior. A video analysis technique employing new technologies such as machine learning will be introduced to observe the flow of people around pathways inside the museum, and when and where people stop, and sit, to analyze the relationship between spatial layout, and human perception and behavior. The second will target the museum’s Exhibition Zones, surveying the routes taken by visitors. The idea will be to identify new possibilities for the 21st Century Museum of Contemporary Art, Kanazawa, by analyzing features of the museum’s spatial layout, and exploring their potential.
These research activities will be undertaken by enlisting help from the research supporters who also took part in the “lab.1 OTON GLASS” and “lab.2 Sight” exhibitions, with outcomes being collated and updated in the Design Gallery, venue for “lab. 4.” Perhaps that key illuminating the relationship between spatial layout and human behavior will be found in our transparent glass laboratory.

Space Syntax Limited was established in London in 1989, based on the theories advocated in the 1970s by Bill Hillier, professor at The Bartlett (Faculty of the Built Environment), University College London. Space Syntax Japan managing director Takamatsu Seiji earned his master’s degree at UCL’s Space Syntax Lab in 2001, and worked as a project consultant (later, an associate) from 2002 to 2006 at Space Syntax Limited. Prefaced by a commission to revitalize a large-scale commercial facility in Japan in 2004, he established Space Syntax Japan in 2006 in collaboration with other specialists in landscape planning, traffic engineering and architecture as Space Syntax Limited’s first affiliate office in Asia. In addition to layout design of large-scale commercial facilities, they have engaged in research, analysis, evaluation and consulting on revitalization and maintenance projects for central city areas and railway station plazas ever since.
www.spacesyntax-japan.com 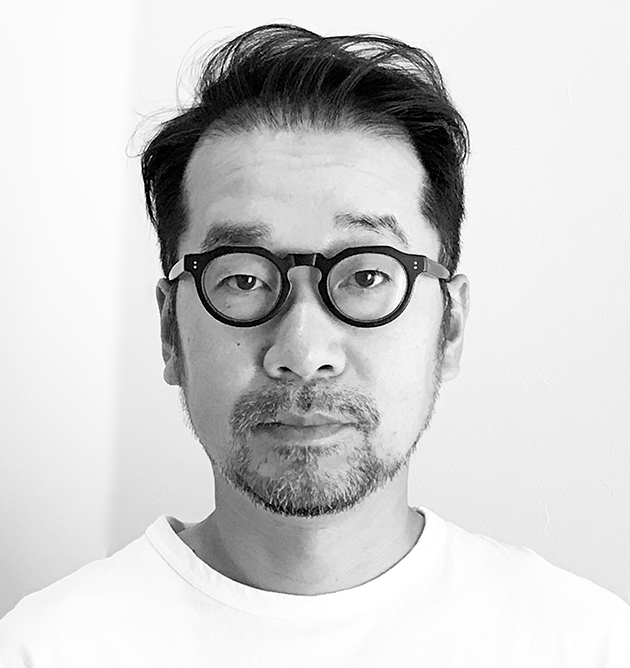 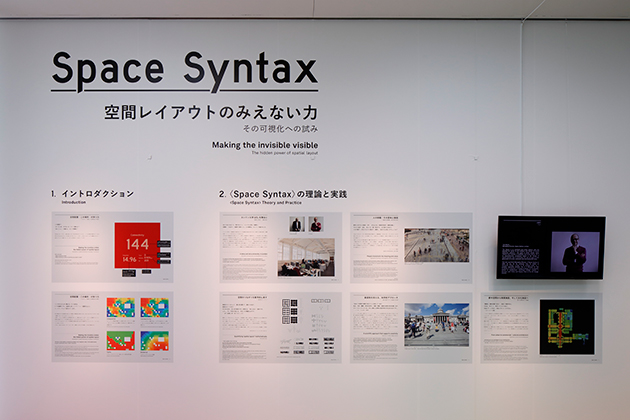 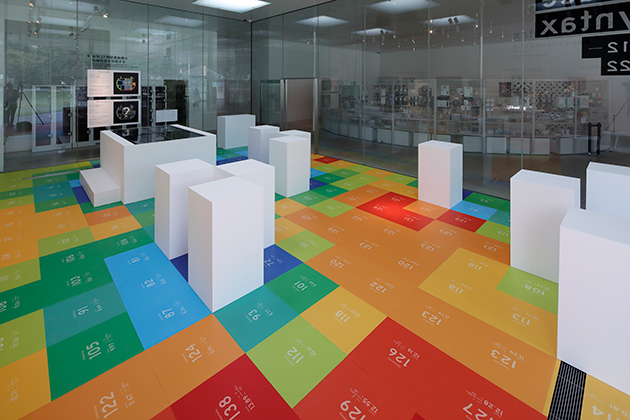 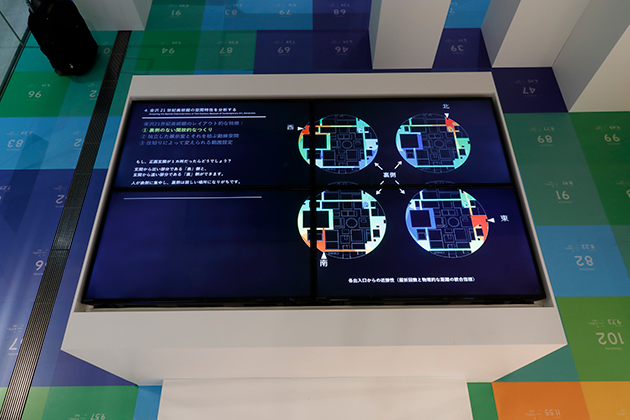 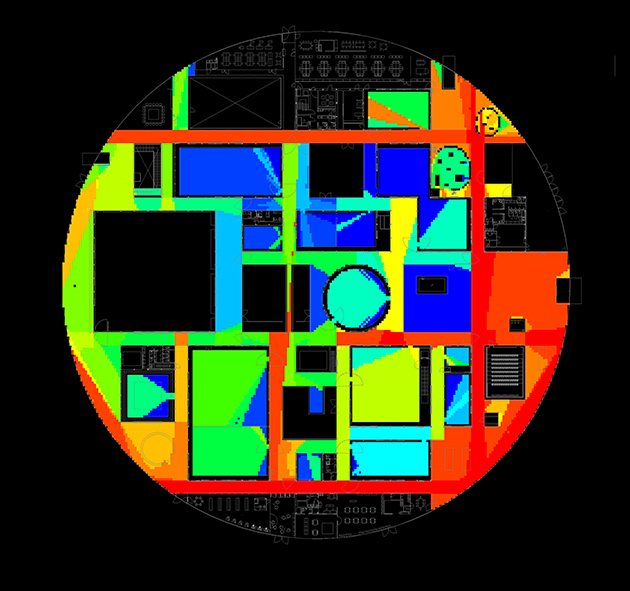 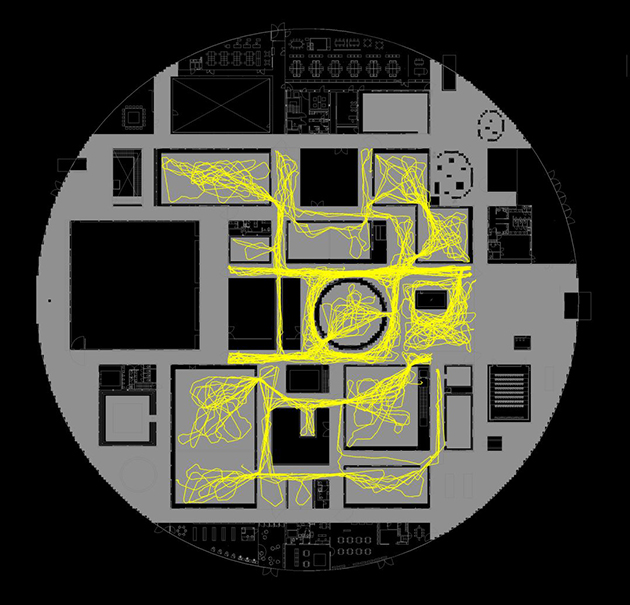 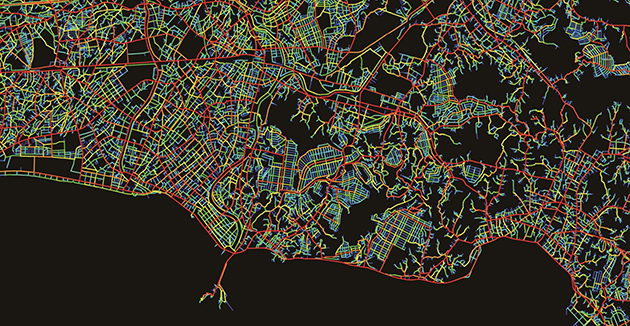 Urban structure analysis based on a Space Syntax index 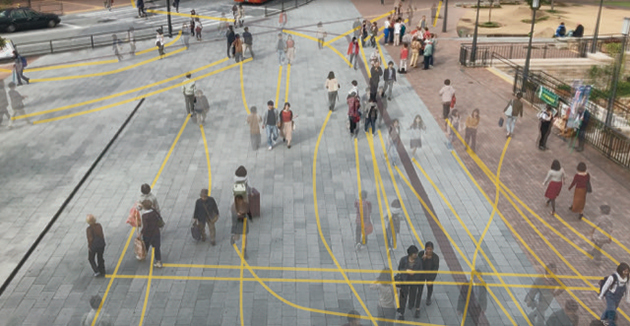