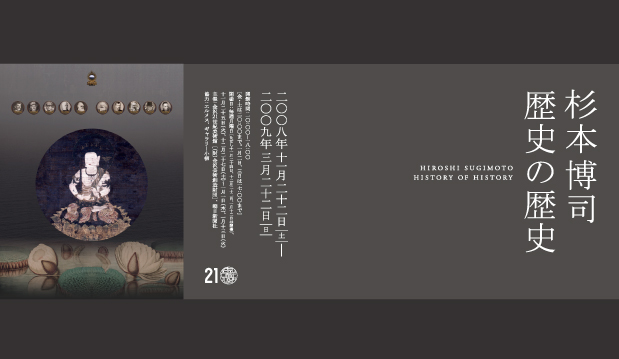 Art is technique: a means by which to materialize the invisible realm of the mind. As such, my art is an emblematic rendering of part of my mind in visible form̶or perhaps we might say,samplings from my consciousness. Over my many years as an artist, I have endeavored to hone my technique.
The origins of art thus share a common timeframe with the origins of humankind, its beginnings coinciding with the advent of human consciousness. In the course of honing my own technique, Iʼve had to take many predecessors as my models so as to acquire what is to be learned from them̶or again perhaps we might say my models have been sampled from the horizons reached by those predecessors. Whenever I obtained one sample and gained an understanding of a technique, each new mindset made me want the next sample and the next. Understanding one thing always brought the realization that more profound unknowns lay beyond. And so my sample gathering caused a chain reaction that led on who-knows-where.
The samples collected here represent offshoot selves, or no, former selves assembled out of necessity in order to learn something or absorb some nurturing sustenance toward further transforming my own art. From these samples, I may now infer how the past relates to my works via an imaginary journey to verify the site of innumerable actualities. I pick up a paleolithic stone tool and it fits snugly in the palm of my hand. I experience the revolutionary technical leap of paleolithic man and the epiphany enters my consciousness̶then I reach for an even better neolithic stone tool. In one instant, I have taken in hundreds of thousands of years of human development. I look at hieroglyphic writing in the Egyptian Book of the Dead and see images of gods. This piece of linen thought to have once wrapped a dead body hands me a five-millennia yardstick. The slow passage of ages past seems to speed up and rush headlong at my present self. Changes that once took a thousands years are now achieved in a matter of decades. Timeʼs arrow keeps accelerating asymptotically toward some critical juncture.
Civilizations have come and gone since the dawn of heaven and earth, writing and rewriting history at every turn. History is simply the victorsʼ story as passed down by the survivors. And yet the losersʼ stories that have become mere relics for lack of anyone to relate them, those closed pages still tell me things. Just as lifeforms extinct for millions of years still speak to me via their fossils. Throughout my life Iʼve taken one step back from history and gazed fondly at my collection of relics.
These relics Iʼve assembled present a history of what history has forgotten, of where stories ended between closed covers.
SUGIMOTO Hiroshi

Hiroshi Sugimoto (1948-), an artist active at the forefront of contemporary photographic art, has since 2003 undertaken an expressive form he calls “History of History,” in which he juxtaposes his own photographic works with items from his private collection. “History of History,” which has toured the USA and Canada until now, presents new facets with each showing, a fact reflecting Sugimotoʼs ongoing involvement in collecting and in producing art works.
“Fragments of Hōryūji Textiles,” “Fragments of Shōsōin Textiles,” and “Nigatsudō Yakegyō gire (Section of Burned Sutra of the Nigatsudō” ̶Sugimotoʼs current collection includes everything from ancient artifacts and art works̶objects discussed within a generally established framework̶to space food, space photographs, 18th-century medical books, and Time magazines published during the Second World War. This exhibition, which will augment such items with Sugimotoʼs own photographic creations, including new works such as “Lightning Fields,” will constitute a new rendering of “History of History.” This is exemplified by the installation work “Antigravity Structure.” Composed of new Sugimoto photographic works and ancient architectural members in his collection from the east pagoda of Taimadera, a temple built in the Tempyo Era, the installation embodies the essence of “History of History.”
Nine of the spatially autonomous galleries of the 21st Century Museum of Contemporary Art, Kanazawa will throw light on the varying aspects of Sugimotoʼs artistic world. As a synergy, they will also provide an overall understanding of the organic relationships binding Sugimotoʼs historical view, worldview, and creativity.

Hiroshi Sugimoto Born in Tokyo,1948. Sugimoto left Japan in 1970 to study photography at Art Center College of Design in Los Angeles. In 1974, he moved to New York and began working in photography. Among the many series he has produced since 1975 are "Dioramas," "Theaters," and "Seascapes." Sugimoto established his reputation with clear concepts and distinguished technique. His works are included in the collections of major art museums throughout the world. Sugimoto received the Hasselblad Foundation International Award in Photography in 2001. Since his retrospective first opend at Mori Art Museum in Tokyo in 2005, the show has toured to the U.S.A. and Europe.

In Cooperation with：
Hermes, Gallery Koyanagi