AWAZU Kiyoshi: What Can Design Do 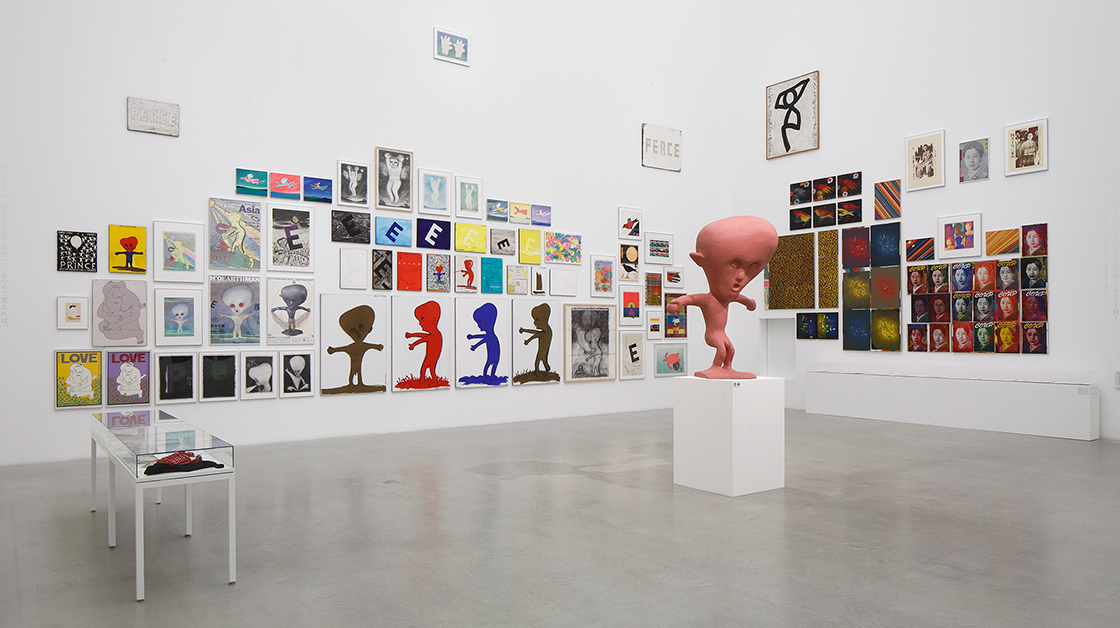 Since 2006, 2939 works and materials in the artist’s collection have been gifted to this museum and carefully researched. In 2007, the museum presented “Graphism in the Wilderness: Kiyoshi Awazu,” exhibiting 1,750 of the gifted works along workshops, performances, and valuable testimonies from creators having past involvement in Awazu’s activities. Based on its ongoing research of the Awazu collection, the museum from 2014 to ’18 hosted a five-part series, “Awazu Kiyoshi: Makurihirogeru,” exploring facets of Awazu’s world under specific themes such as performance, architecture and photography. Now in 2019—a decade after Awazu Kiyoshi’s passing—we are presenting an ambitious Awazu Kiyoshi retrospective, representing the culmination of this museum’s years of research. Inviting his son, AWAZU Ken, in the role of exhibition supervisor, we will clearly reveal the essence of Awazu’s design from the perspective of his undying interest in ordinary people and his primary motivation—“Designing society.” Such is an important perspective for us as well, as people entrusted with creating the society of tomorrow. Taking this opportunity, furthermore, the museum will formally open its entire Awazu Kiyoshi archives database to public access and begin making some works available as open data. Through non-hierarchical image reproduction, a condition Awazu viewed as a “popular icon” of creative freedom, we will carry on the artist’s spirit. 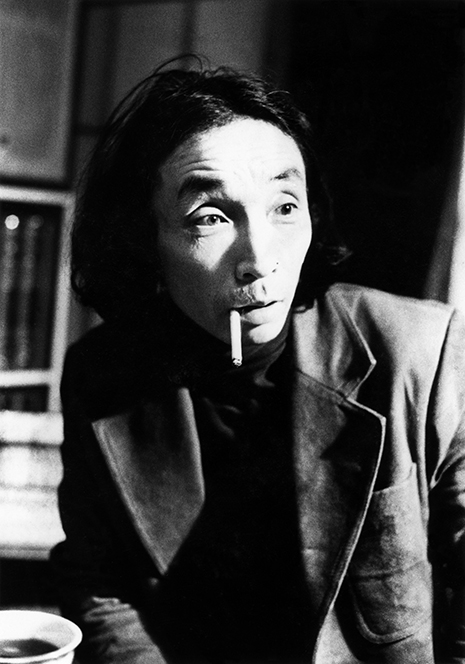 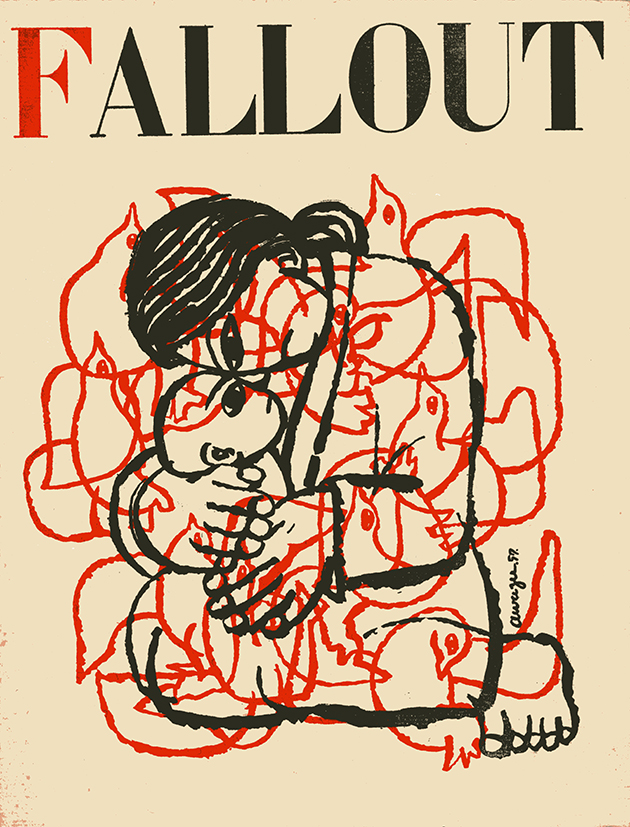 A designer active in Japan’s postwar reconstruction, Awazu Kiyoshi is known for design motifs such as turtles and crows evoking Japan’s native land and culture, rendered boldly in primary colors. Nevertheless, a profound awareness of society permeates Awazu’s works. Approached by serious thinkers and activists, in need of socially related designs, Awazu Kiyoshi undertook such jobs with sincere interest. Influenced by Lithuanian-born artist Ben SHAHN (1898-1969), Awazu felt that, rather than objectify naked facts, design needed to express them in a way that would touch people’s hearts. Herein we find the crux of Awazu’s design stance.

Galleries 2 What can design do 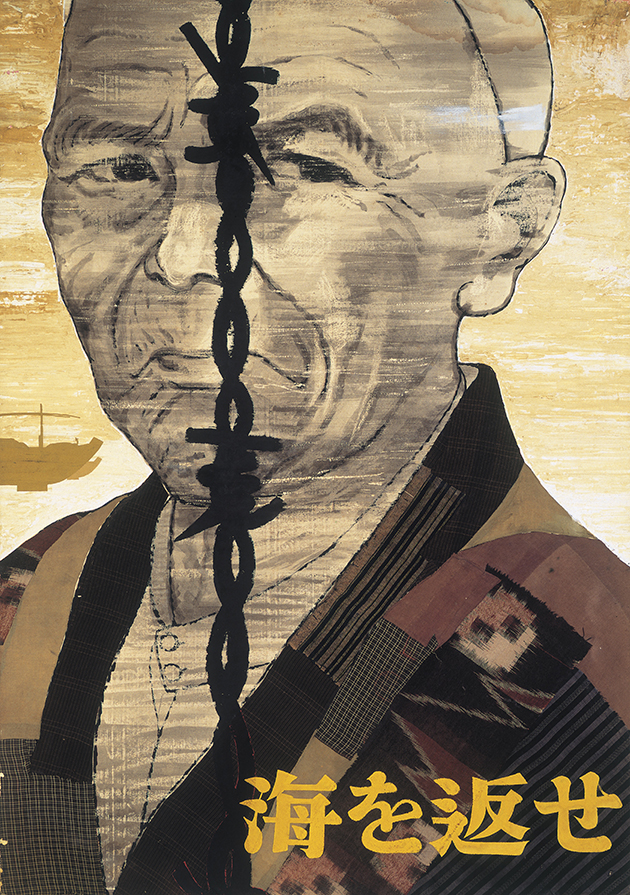 Umi wo kaese
(Give Back Our Sea; original picture) 1955

Awazu Kiyoshi, who at 12 years of age set out amid the ruins of war, found refreshment in watching movies and drawing. Teaching himself to draw by sketching in the carriages of the looping Yamanote Line, every day, he looked deeply at the strong lives of hard-working people. His poster Umi wo kaese (Give Our Sea Back), a work of socially engaged design, was selected for the Japan Advertising Artists Club (JAAC) exhibition, and launched him into the limelight. After hearing Herbert BAYER advocate a social role for design at the 1960 World Design Conference in Tokyo, however, Awazu Kiyoshi grew more committed to socially engaged activities. As events of national importance were held, such as the 1964 Olympics and 1970 Osaka Expo, opportunities for designers rapidly expanded, yet Awazu—sensing a danger of design’s standardization—gave support to the publication of Design Journal and activities of Bikyoto (Council of Artists for a United Front) and intensified his social activities.

A work submitted in the São Paulo Biennial. Gathering original drawings and illustrations intended for duplication, Awazu reproduced them collage-like in a triptych, using oil paints. Bringing a silk-screen printing plate to the São Paulo venue, he duplicated the triptych as a photograph, transferred the photograph to silk screen, and finally stenciled it on the floor. The work featured the “popular icons” he had repeatedly employed as motifs—fingerprints, maps, seal impressions, ABE Sadas, anatomical charts, birds, Mona Lisas, and pages from dictionaries. “Popular” means “of the people”—the precious existence of each individual in society. Unlike Walter BENJAMIN (1892-1940, born in Germany) who felt that duplicative media robbed artworks of their aura, Awazu believed that the aura stolen from artworks inhabited the duplicative medium and possessed sacred value. The painting Graphism Trilogy is a crystallization of Awazu’s beliefs.

Galleries 4 Design—a fertile ground for the birth of culture 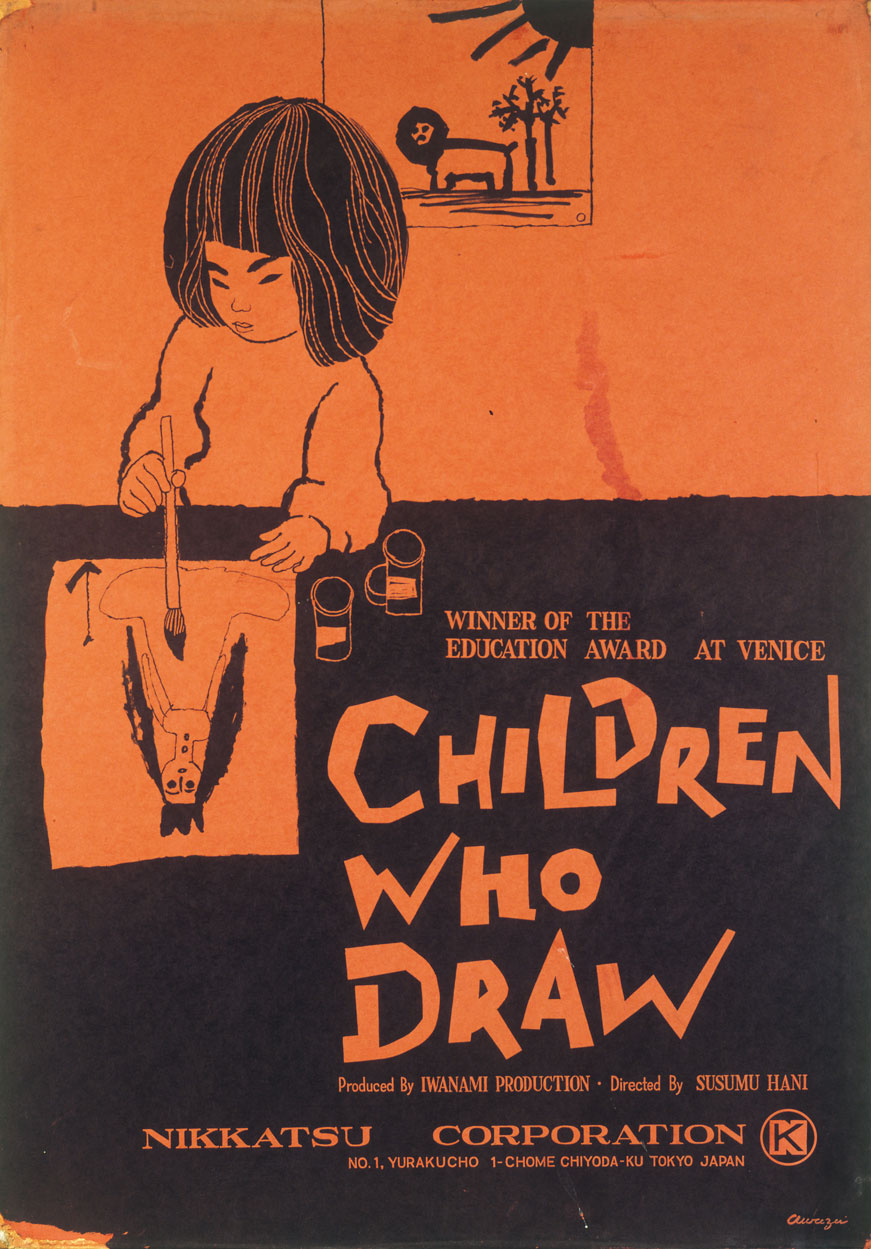 Perhaps because any design he created displayed his individual flair, Awazu Kiyoshi rarely undertook commercial design work. He did, however, create an enormous number of book covers and theater and film posters. Thoroughly reading the script or manuscript, he would richly amplify the appeal of the book or drama by adding his own interpretation to the design. In this sense, it was essentially a work of collaboration with other creators. Moreover, placing high importance on giving design a place in everyday life, he worked to ensure that posters and books were present in locations central to ordinary people’s lives. 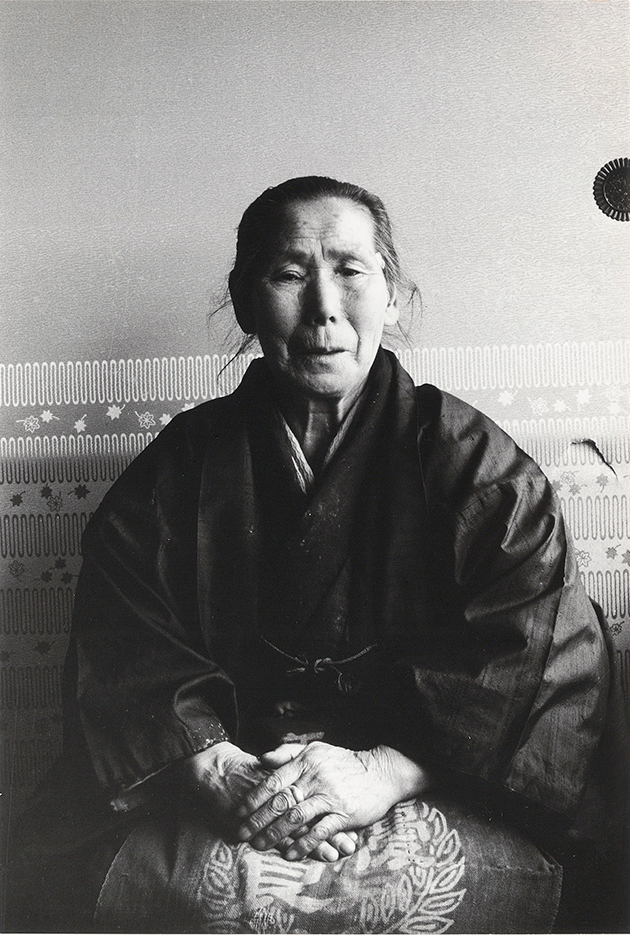 Displayed in this gallery—Awazu’s photos of Aomori prefecture, inspired by the DAZAI Osamu novel, Tsugaru. No mere travelogue, that novel examined Dazai’s spiritual homeland in Aomori. Impressed by a spiritual homeland’s strength to support one in contemporary society, Awazu traveled to Aomori prefecture to photograph people living and working there, and created a “photo document of a people’s lifestyle.” Like his early sketches, the photos reveal the depth of Awazu Kiyoshi’s interest in the lives of ordinary people. 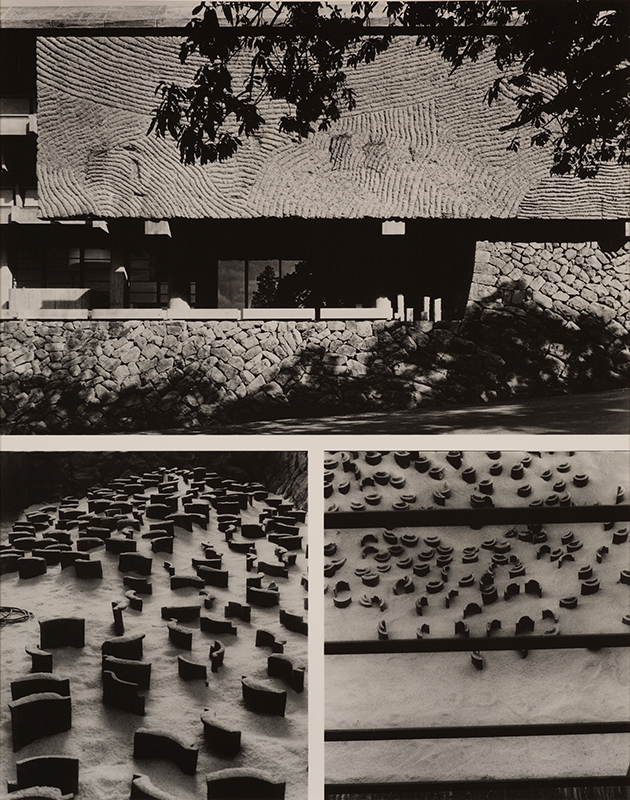 Awazu ever explored new territories, asking the question, “What can design do?” In 1960, he joined architectural critic KAWAZOE Noboru and young architects KIKUTAKE Kiyonori and KUROKAWA Kisho in forming the movement, “Metabolism.” Under the term “environmental design,” he became involved in designing cities and buildings able to grow organically and accommodate society’s changes. An example is his design for a wall relief and inner garden at Tsuyama Culture Center. For the wall relief, he expressed the Metabolist interest in the morphology of organisms, using the metaphor of a cloud. For the inner garden, he gathered discarded roof tiles around the city and embedded them, envisaging each tile as the soul of an aborted fetus, and created the image of souls flowing in a river. His later manga Sutetaro was inspired by this production. 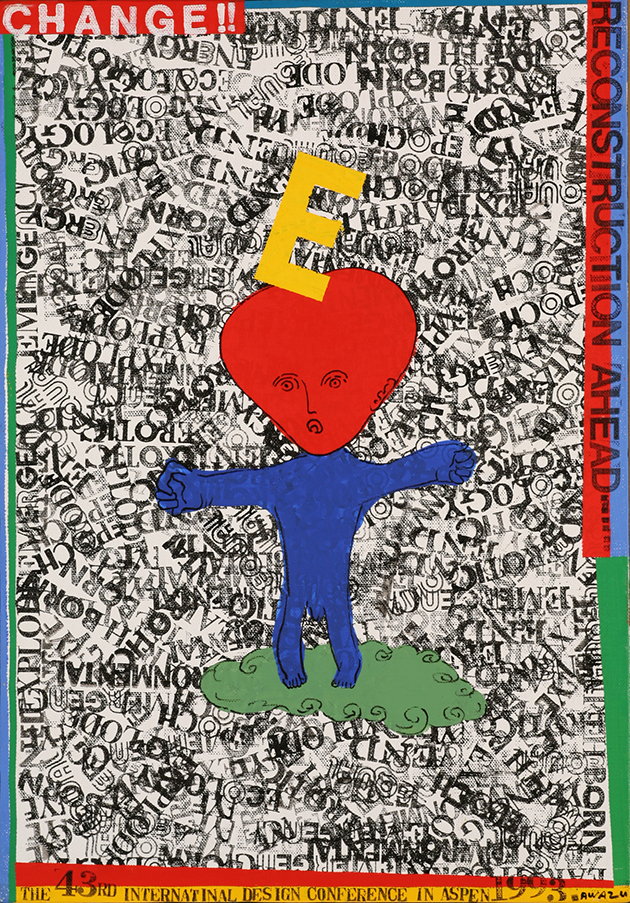 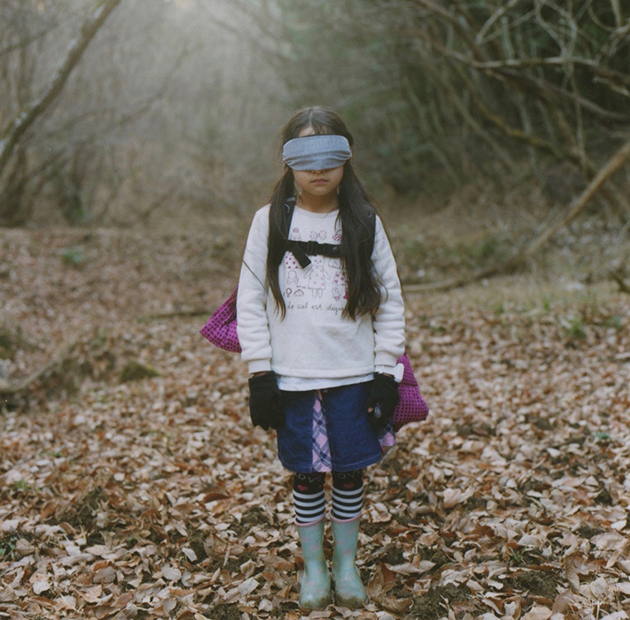 CHICHIBU AVANTIST is an art movement and collective in Saitama’s Chichibu led by SASAKUBO Shin, who, influenced by his experiences in Peru, is investigating Chichibu’s folklore, cultural anthropology, history, traditions, folk songs, regional character, and village environment. On this basis, he is rediscovering Chichibu’s fundamental avant-garde character and magical and mythical traditions. Sasakubo takes regional research aimed at rediscovery of identity as his number one field, with activities of embodying that research in artworks as his number two field. In recent years, he is creating art with a focus on Chichibu’s sacred Mt.Buko, a limestone mountain continually mined and destroyed to produce cement. Sasakubo Shin, composer of the “Sutetaro Suite,” frequently performs as a guitarist and engages in writing and publishing. 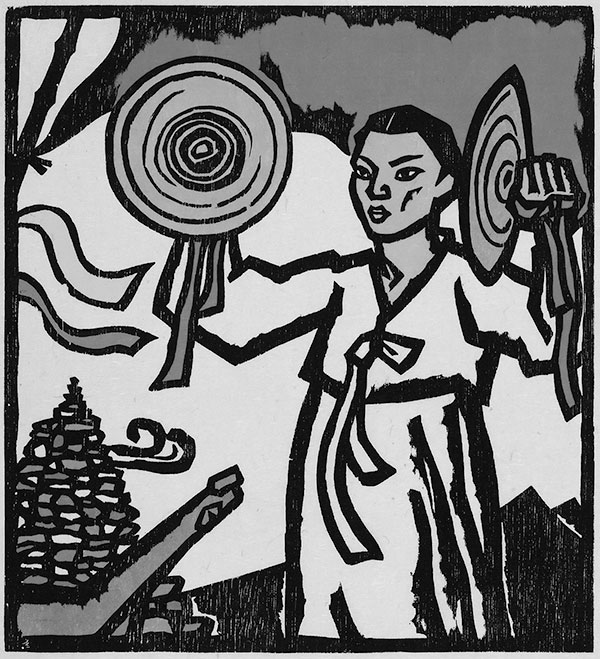 The Minjung Art Prints(art printings of the people) were created by artists who engaged in “the Minjung (peoples) Art Movement” in response to the South Korean Democracy Movement that took place between the late 1970s and 1980s. The woodcut prints were people’ s “weapon of resistance” for the nation’s political reform, and had functioned as a medium for exploring cultural roots. These prints eventually travelled across the ocean to be appreciated in Japan. An individual who was largely involved in this was Yang Mingi (1934-2013), a second-generation Korean activist living in Japan. Yang, who introduced “Madang” (participatory political street theater, which was a part of Korea’ s cultural movement) to Japan, had obtained the prints in the process of implementing cultural movements in Osaka, Tokyo, and Kyoto among others as a means of expressing his support for the democratization of neighboring South Korea that was undergoing severe oppression.
In addition to both old and new works by HONG Seon Wang (1952-) who had traveled back and forth between South Korea and Japan as he engaged in the production of woodcut, exhibited on this occasion are the works of OH Yoon (1946-1986) that depicted typical everyday scenes of people, KIM Bong-jun (1954-) who engraved agricultural and industrial landscapes, HONG Sung dam (1955-) known for conveying scenes of the Gwangju Uprising, and JUNG jung Yeob (1962-) who led the feminist movement in Korean art. These are vibrant reflections of the times, and can be considered as traces of the means by which Koreans and second generation Koreans living in Japan like Yang Mingi had attempted “generate their own culture.” Such works also resonate with Awazu Kiyoshi’s spirit, as an individual who had turned his awareness towards the third world, removed the boundaries between various fields of art, and engaged in confronting society. Furthermore, the activities of generating their own culture have been passed down to the next generation, in the form of “Higashi Kujo Madang” in Kyoto led by figures such as Yang Seol, and while sympathizing with Awazu Kiyoshi’s creative practice, continues to evolve and develop today.