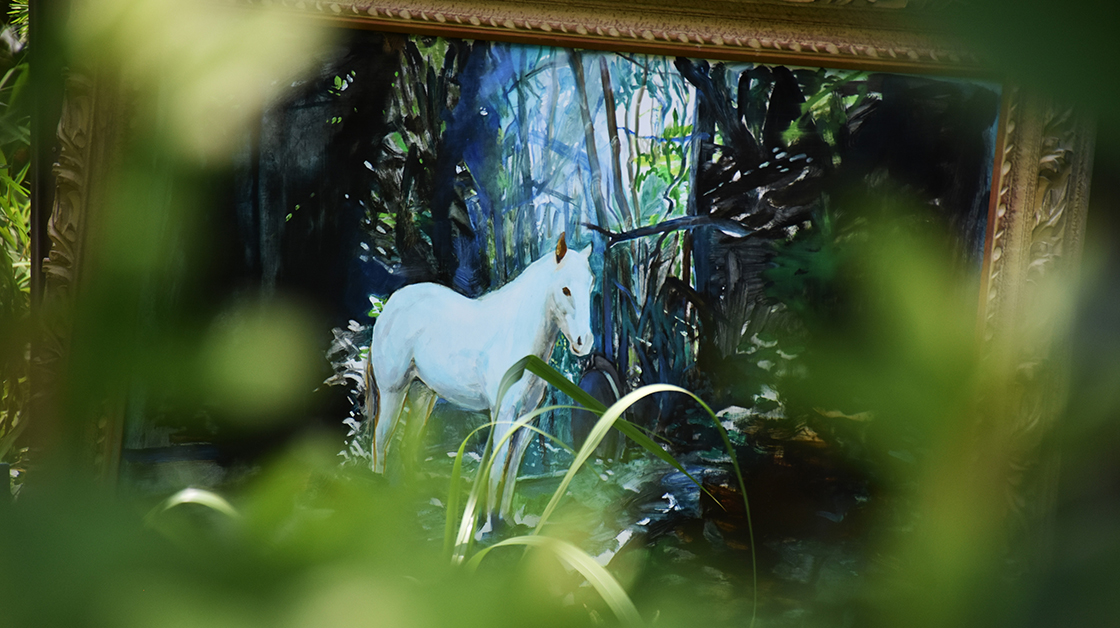 TOMIYASU Yuma (b. 1983) has presented many installations featuring spatial effects that blur distinctions between real and unreal, with themes such as psychic and paranormal phenomena and the world of dreams. The unique world of her work disrupts the perceptions of the viewer, stimulating the senses – including at times the mysterious sixth sense – heightening awareness of the uncertain and invisible that we tend to avoid, and questioning the essence of perceptual experience. Tomiyasu’s new installation created for this exhibition was inspired by a dream she had as a child, and the setting is a hut that appeared in that dream. The horse in the painting hanging on the wall of the hut was inspired by the Pale Horse, ridden by a knight symbolizing Death, in the Book of Revelation in the New Testament of the Bible. The work beckons the viewer who enters the gallery toward a strange and fantastical experience in which reality and fiction intersect. In recent years, the experientially-based world of the artist’s works, which takes an increasingly dynamic approach to presentation of the traditional medium of painting and incorporation of the spaces it occupies, creates novel opportunities for viewers to encounter what has previously gone unseen.

Being in a borderline zone, undetermined and unclear, makes all of us uneasy. However, the world is full of things we do not understand, including psychic phenomena, paranormal phenomena, and the world of dreams. As we live our lives, we block out those unknown things that provoke anxiety, but I believe something vital may lurk within these unexplained things and phenomena. I have thus far presented many interactive installations with themes such as spirits and dreams, because I find value in having the viewer experience things not only through vision but through all the five senses, and sometimes the sixth.

The work exhibited here, titled The Pale Horse, is based on a dream I had in childhood. There was a dilapidated hut with a picture hanging on the wall. The image could have been a scene that we all share in common at the level of the collective unconscious. As a young child in that dream, I suddenly entered the picture that hung in the hut. It was the kind of experience that sweeps the rug out from under you, as the boundary between the world you thought you inhabited and the world of imagination melts away, and it is this experience I aim to express.

The Pale Horse appears in Chapter 6, Verse 8 of the Book of Revelation in the New Testament of the Bible. Its rider is a symbolic representation of Death, and following close behind is Hades. Inside the hut there is a sound at the frequency of 19Hz, which is inaudible to humans, but is said to induce anxiety because the frequency can be sensed by the body, though not heard by the ears. Also, whether or not there is any truth to this, it is a frequency commonly associated with seeing ghosts. My hope is that my work will offer viewers opportunities to engage with the borders of the known world, and turn their eyes toward the unknown. 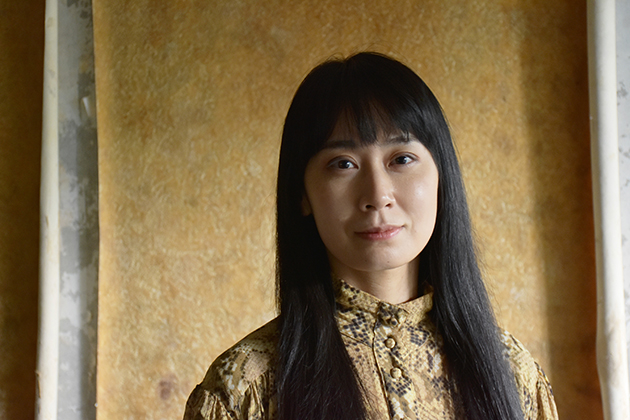 Born in 1983 in Hiroshima and raised in Tokyo. After earning a BA with honors and an MFA at Chelsea College of Arts, the University of the Arts London, she received a Ph.D. in Fine Art (oil painting) at Tokyo University of the Arts. In recent years, she has presented many interactive installations that expand the scope of painting as a mode of visual expression. Major solo exhibitions include guest room 002: Yuma Tomiyasu, Rooms of Absence/Presence: Iconography of Spirit, Dream and Unconsciousness (Kitakyushu Municipal Museum of Art, Fukuoka), shiseido art egg 12: Yuma Tomiyasu, Obsessed With Dreams (Shiseido Gallery, Tokyo) (both 2018), Making All Things Equal / The Sleepwalkers (Art Front Gallery, Tokyo) (2019), and KAAT Exhibition 2020: Yuma Tomiyasu | Shadows of Wandering (KAAT Kanagawa Arts Theater, Kanagawa) (2021). Tomiyasu was shortlisted for the Jerwood Drawing Prize 2010 (London) and awarded a special prize at the 21st Taro Okamoto Awards for Contemporary Art (Kanagawa) in 2018, among other awards.
http://www.yumatomiyasu.com 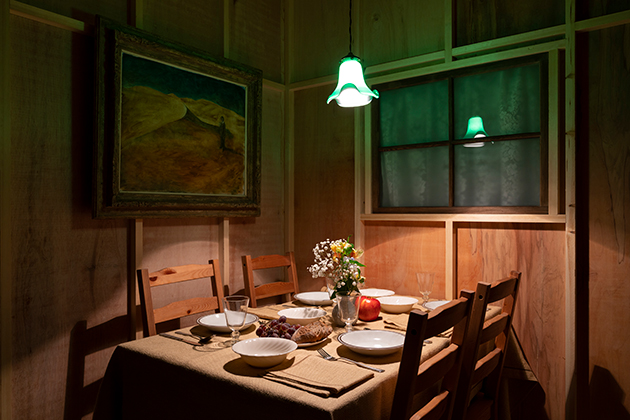 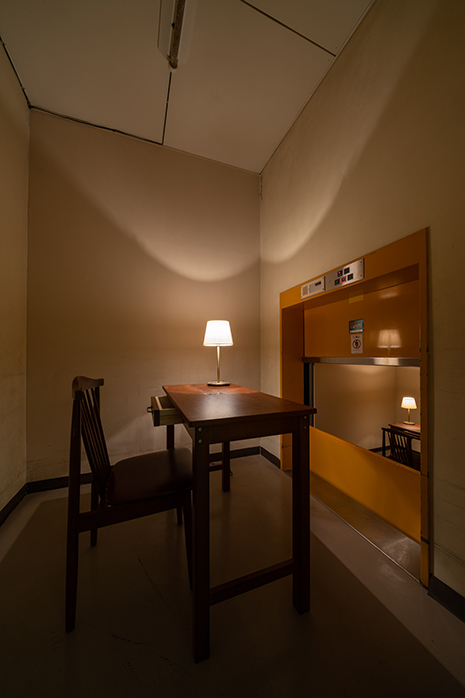