Admission：
Adult: ¥450 (¥360)
University: ¥310 (¥240)
Elem/ JH/ HS: Free
65 and over: ¥360
*Prices in parentheses for groups of 20 or more
*Admission free for Kanazawa citizens on Promote the Arts (second Saturday of each month).Proof of residency required.
*Online and advanced sales tickets not available; same-day ticket sales at the venue only.

in the visible light spectrum, while long red light waves advance in a straight line, shorter blue ones disperse in all directions, dissolving into the space. As symbolized by the ungraspable likes of sky and water, the color blue is perceived in terms of its depth, and for this reason has aroused feelings of longing and adoration since ancient times. Shifting our gaze to land, we find blue to be a highly unusual color in nature, lapis lazuli for example being prized in both East and West. And just as film director Derek Jarman once described blue as “darkness made visible,” blue is also a color that appears in the interval between light and dark, life and death. As we now turn increasingly inward, blue could also be described as the color that most speaks to our souls.
This exhibition presents myriad manifestations of the color blue by artists from different countries and cultures, focusing on the 21st Century Museum of Contemporary Art, Kanazawa collection and encompassing a wide range of genres from painting and sculpture, to craft and film.
We are confident it will also shed new light on works on permanent exhibit at the Museum such as Leandro Erlich’s The Swimming Pool, James Turrell’s Blue Planet Sky, and Anish Kapoor’s L’Origine du monde. Also on display will be work by our guest artist for the exhibition: painter and film artist Takashi Ishida, creator of distinctive drawing animations striking in their use of blue coloring and light. Come experience for yourself the myriad tapestries of blue woven by a fascinating and diverse lineup of artist.

Famed Kanazawa confectioners Yoshihashi and the Museum’s popular café-restaurant Fusion21 will collaborate on offerings in keeping with the theme of “BLUE” exhibition: a Fusion 21 drink set coupling Yoshihashi namagashi imaged after Tsukada Midori’s Wax and Wane and Fukumoto Shihoko’s Curtain of Mist, both appearing in the exhibition, with “BLUE”-inspired drinks. Savor these treats at café-restaurant Fusion21. 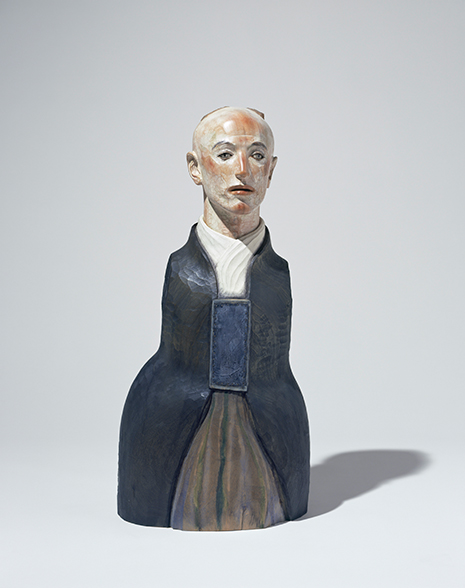 Part 1B Katsura Funakoshi
Born 1951 in Iwate, Japan. Based in Tokyo.
Part 2B Jan Fabre
Born 1958 in Antwerp, Belgium. Based in Antwerp.

Jan Fabre has dubbed the interval of lyrical tranquility when night turns to day, and dark turns to light, “The Hour Blue.” This is the hour when nocturnal animals retire, and diurnal creatures awake. In seasonal terms, “The Hour Blue” is perhaps equivalent to the time from when animals hibernate, to their reemergence in spring. Part 1 of the exhibition will feature Funakoshi Katsura’s Touch of Winter bust in blue garb, and Part 2, Jan Fabre’s Walking Leaves, a work in which the entire picture plane is filled using blue Bic ballpoint pen. Though their materials, motifs and forms may differ, both works harbor in their serene stillness the dynamic energy of life. The “BLUE” exhibition begins with these works that employ the color blue to symbolic effect. 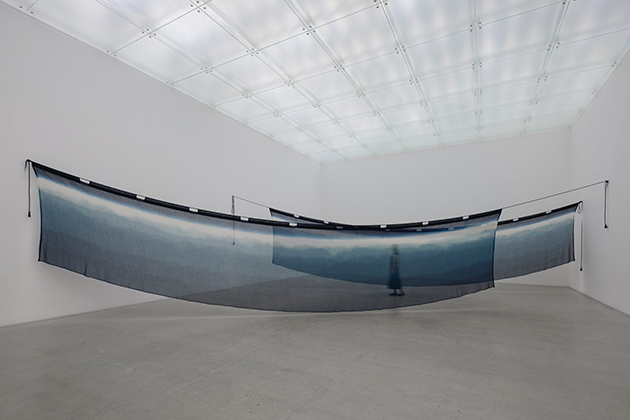 The next gallery is a space showing the incredible depth of the color blue. In Part 1, we see a batik cloth by Yee I-Lann, from her “Orang Besar Series” of works produced using the traditional Southeast Asian wax-resist dyeing technique. Through its use of batik, a technique closely tied to national identity, and the people depicted as the orang besar – authority figures, literally the “big people” – this work casts a critical eye over the conventional power structures that lurk beneath the idyllic boundless blue of Southeast Asian waters.

In Part 2, the gallery will be occupied by two works: Sugimoto Hiroshi’s Sea of Japan, Rebun Island, and Curtain of Mist by Fukumoto Shihoko. In that they are black and white, Sugimoto’s “Seascapes” half-sea, half-sky series of photographs evoke exquisitely the spiritual expansiveness of the color blue. The shimmering indigo ombre of Fukumoto’s aizome-dyed curtain meanwhile will bring to mind scenes of mountains glimpsed amid hanging mist, and the profundity of abstract spaces. 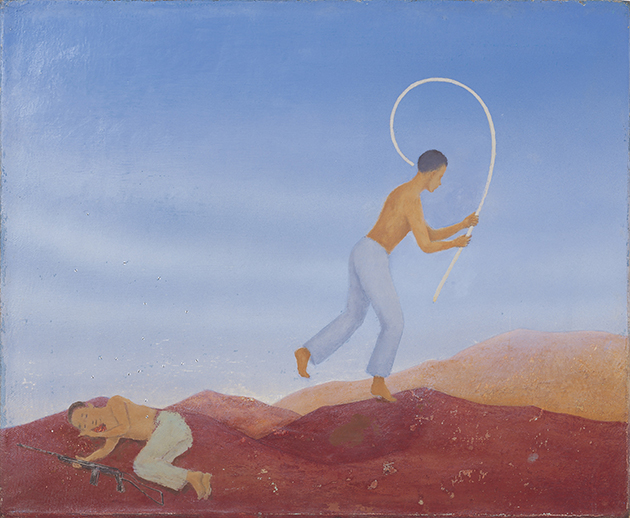 Part 1 in Gallery 3 will feature works by Luc Tymans, an artist who takes images submerged in the everyday and turns them into paintings. No. 7 Needles, which suggests the impossibility of seeing, and Double Sun, depicting the symbol of the Jesuits, who still hold enormous power in the present day, both employ the color blue to hint at a domain beyond the visual.
Part 2 will feature Francis Alÿs, whose dominant theme to date has been that of “walking,” and consist of allegorical paintings positioned randomly on the gallery walls. In these works, part of the artist’s “Déjà Vu” series, humans and animals in bizarre walking poses float amid bleak blue landscapes, like scenes from a dream or vision. In the calm quiet of their works, which invite deep introspection on the part of the viewer, can also be identified the blue tradition of the Flemish painting that once flourished in the homeland of these two artists. 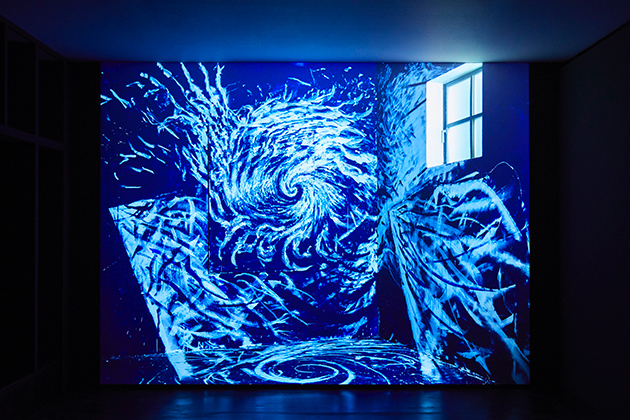 Between Light and Dark

Takashi Ishida
Born 1972 in Tokyo, Japan. Based in Tokyo.

As guest artist for “BLUE” we welcome painter and film artist Takashi Ishida, whose video installation Between Tableau and Window will unfold in a large gallery space. This work comprising a 4’33” projection, a 16mm film piece approximately half this length, and a painting that appears in both, is shot through with drawings layered in blue and white. Light from the window and frantically flickering artificial light overlap on organic lines and geometric forms that appear and disappear between the dual rectangles of painting and window, inviting us to experience a primordial moment in painting and video, in which drawing and viewing are condensed. For this presentation of Between Tableau and Window the window of the gallery and light-reflecting floor will also be incorporated in the work, creating a space suffused with blue light and darkness. 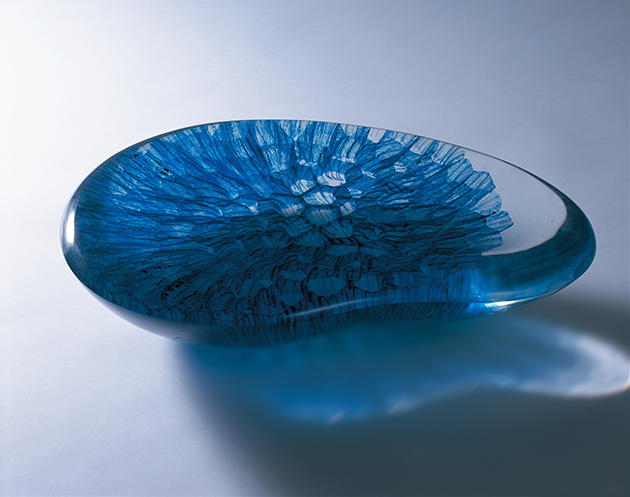 First up in Gallery 5 are glass works by Tsukada Midori. Colony, here referring to a cluster of cells, and Wax and Wane, referring to the phases of the moon, consist of countless fluid blue striations sealed in clear glass. These are formed by copper leaf that has melted and turned blue in reaction to heat, and which receives light and diffuses blue color in the manner of a prism.
This will be followed in Part 2 by display of the new work to be produced by Ishida Takashi in a live painting and video project in March 2022; an attempt to make a “small blue house” using the 3D animation techniques employed by Ishida in recent years, a concept inspired by the space of this glass-sided gallery located in one of the Museum’s courtyards. The blue emitted by the small nested house will disperse into endless blue skies, and the cosmos itself. 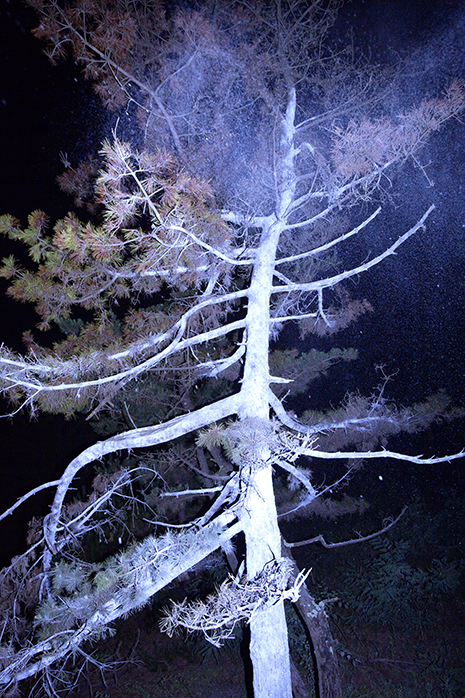 Lieko Shiga
Born 1980 in Aichi, Japan. Based in Miyagi.
Rosemary Laing
Born 1959 in Brisbane, Australia. Based in Sydney.
Peter Newman
Born 1969 in London, UK. Based in London.

The final gallery will display works that offer premonitions of openings to other realms beyond the visible world. Lieko Shiga’s “RASEN KAIGAN” series was born out of Shiga’s efforts to get close to the land and the bodies of the people living there following a move to Miyagi in 2008. Ghostly blue light appears in images fixed by photography, evoking a world outside of life lurking in the background of human endeavor and the natural world.
Rosemary Laing’s “Flight Research” series of photographs and Peter Newman’s video Free at Last are freewheeling works showing human figures who have launched themselves into the air. In the former, a woman wearing a wedding dress, alluding to a transformed innocence, floats in the skies above the Blue Mountains on the outskirts of Sydney, while in the latter, a skydiver adopts a pose from the introspective meditation practice of yoga. Positioned at the furthest limits of life amid boundless blue skies, their bodies seem to have acquired the ultimate in freedom. 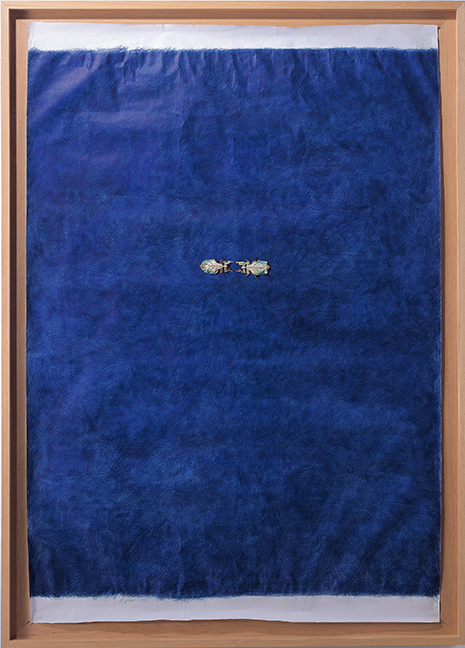 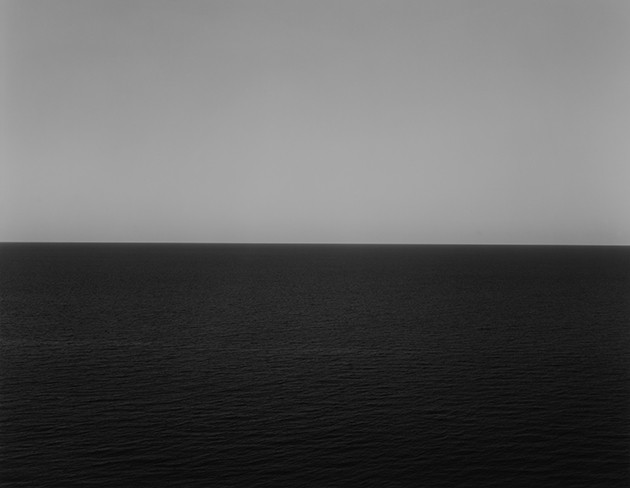 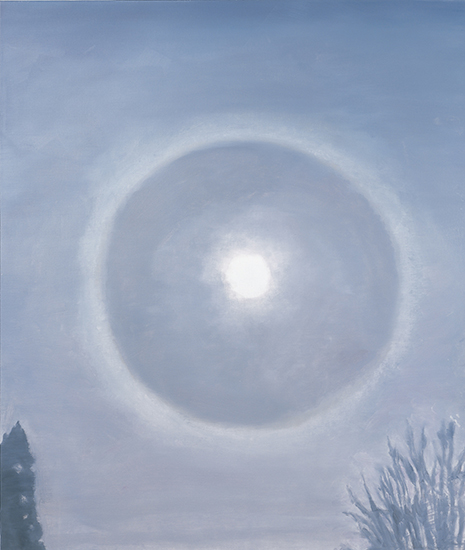 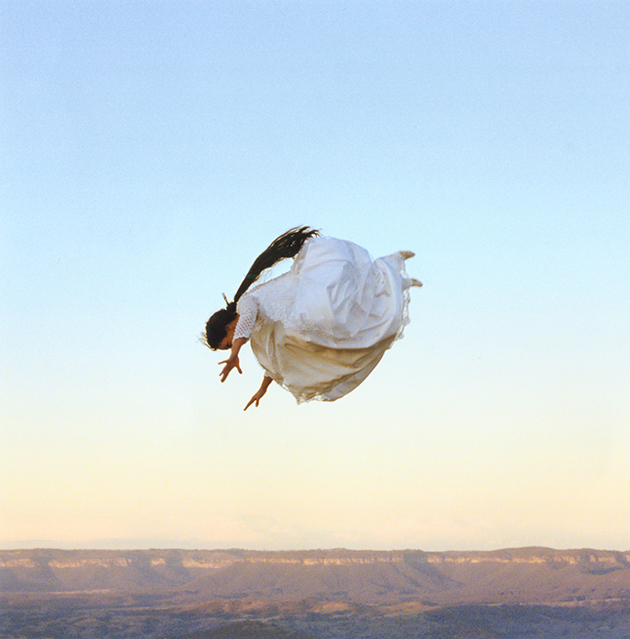 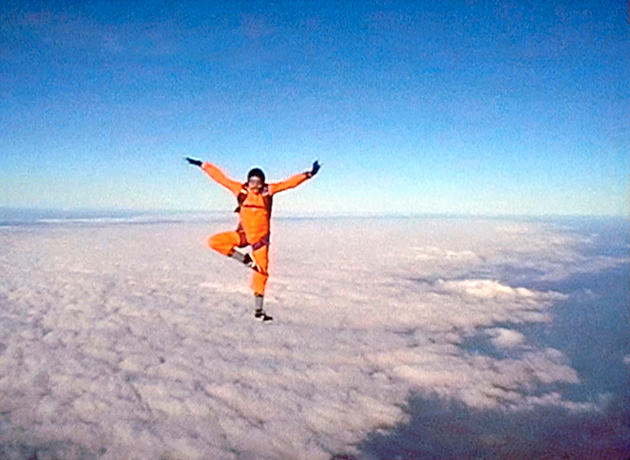 In Cooperation with：
Slacktide Co., Ltd.