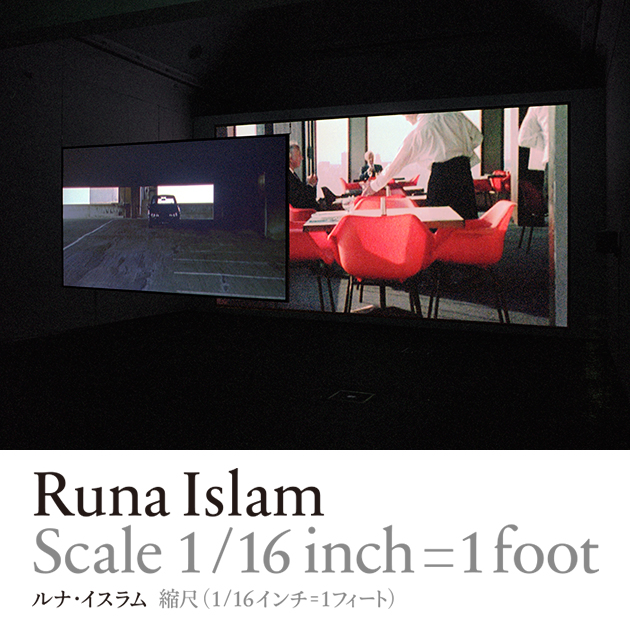 From the 21st Century Museum of Contemporary Art, Kanazawa collection, we are pleased to present Runa Islam’s Scale (1/16 inch = 1 foot) in its first showing.
Runa Islam continually explores the concepts behind cinematic ideas, subjects, and forms, as well as film’s power to affect our perception and reception of ideas and images. In her early films and installations, she referenced experimental and avant-garde films, and used their film lexicon to develop her own methodology. Analyzing and grasping the images, styles, and methods of modern cinema, she disrupts the relationships between reality and fiction, between visual and architectural space and between “seeing” and “being seen,” and throws the viewer’s interpretation of the narrative into confusion. By means of this process, she constructs a cinematic experience from her own perspective on the world.
This work, a two-screen video installation, features a multilevel car park in Gateshead in northeast England that appears in a scene from the film Get Carter (1971, UK). Filmed on a stage set that imagines an unbuilt restaurant originally planned for the building’s top floor, it depicts interactions between two young waiters and two elderly male customers. At a certain moment, the actors exchange roles, and images of the actual location and the stage set, as well as the building and building model, become shuffled to up-tempo music. While the work uses the lexicon of suspense films—the looks and gestures of the actors, the camerawork, the switching between scenes, the lighting, the music, and so on—the shifting between reality and illusion is depicted with a lyrical touch. Moreover, because the screens are positioned one in front of the other, the audience becomes lost in the entangled world depicted in the work without being able to fully grasp it.

Born in Dhaka, Bangladesh in 1970. Lives and works in London, UK.
After a period in the mid-1990s of presenting her very early art and film works within the independent art scene in London, Runa Islam went on to attend a residency program during the course of 1997/8 at the Rijksakademie van Beeldende Kunsten, Amsterdam. In 2004 she completed a two year Master of Philosophy research degree at the Royal College of Art, London. She won the Turner Prize in 2008, and her solo exhibitions include KIOSK, Ghent (2014), MOMA, New York (2011), and numerous other museums and spaces. She has participated in many group exhibitions, including the Sharjah Biennial 11, Sharjah (2013), the 6th Asia Pacific Triennale (2009). 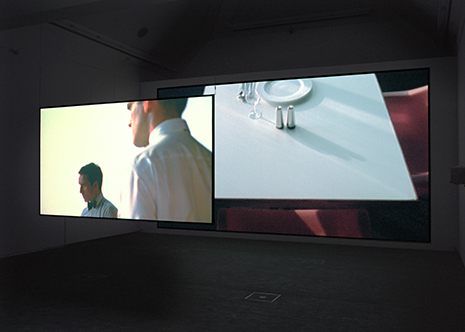 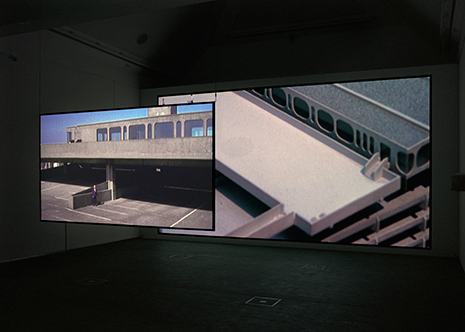