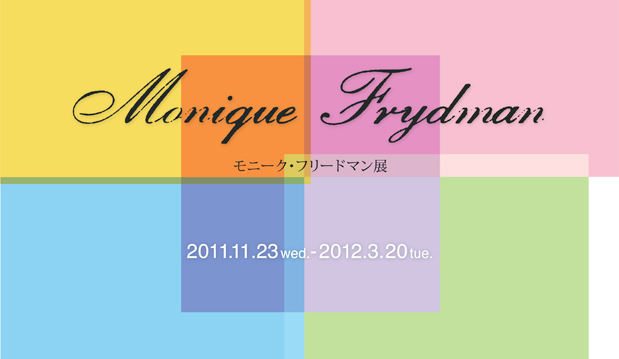 Note: Tickets are joint admission for this exhibition and “The Ossu! Shugeibu and Hideki Toyoshima: Jiga Daizessan - My Artwork Amazes Me”
The tickets allows admission to the Collection Exhibition

The 21st Century Museum of Contemporary Art, Kanazawa will present a major individual exhibition of the work of Monique FRYDMAN, an important French woman artist. Frydman has earned a solid reputation through solo exhibitions at many venues, including the Musée Matisse in France, La Verrière, The Hermès Foundation in Belgium, Passage de Retz in France and group shows like “elles @ centrepompidou” at the Centre Georges Pompidou in France. This is the first time she has appeared in an exhibition of this kind in a museum in Japan or any other Asian country.
Frydman became a practicing artist in the late 1970s. Taking painting as her main form of expression, she has pursued the expression of color and light with a variety of materials, including canvas, pigment, pastels, and paper. The colors and images that emerge from the intimate and interactive dialogue between the artist’s body and the materials she uses penetrate the space in which the work is placed and adroitly transform the site. The artistic realm that she creates expresses complex aspects of human awareness and emotion and forms connections with our own memories and bodies. In recent years, she has made a number of site-specific installations with such materials as glass, Plexiglas, paper and cloth. In this exhibition, we will present 14 of her works, including three new installations resulting from a dialogue with the architectural space of this museum. Frydman unleashes her unique colors and light in the bright, white space of the museum, leaving mysterious reverberations in the space and in our hearts and minds.

An installation composed of about 800 sheets of thin, semi-transparent paper covering the walls of the circular space. The thin papers are continually set in motion, fluttering up and down, by air currents and the movements of visitors passing by. Very light colors were applied to the walls behind the paper, becoming visible to viewers as the thin sheets of paper move about. The sound of the paper mixes with the voices of visitors and other sounds, creating the “murmur” indicated by the title and suggesting the existence of an unseen presence. This is a new work, a variation of Whisper, shown to great acclaim at La Verrière, The Hermès Foundation in Brussels in 2008, adapted to our museum.

This 14.5 meter piece, composed of several parts with a color scheme based on yellow, is installed in a corridor. The material, tarlatan (thin, starched muslin with a rough, open weave), is hand-tinted by the artist in subtle tones with a painting medium. The thin, overlapping, semi-transparent pieces of tarlatan creates subtleties of nuance and color, capturing the eyes of visitors and leading them to the next exhibition space.

The glass corridor passing through one of the courtyards within the exhibition zone is a special feature of the museum. Frydman boldly transformed it into a work of art. Sheets of plastic film with colorful squares of more than twenty different tones cover the tunnel of glass, causing a shower of light to fall softly on visitors passing through the corridor. The colors are projected past the corridor to the courtyard and onto the walls and floor in the interior, encouraging a new spatial experience for visitors. This work produces a physical experience of new possibilities of expressing color and light that the artist has been exploring.

A new installation using tarlatan, a material the artist has been experimenting with in recent years. In contrast with Murmure in Gallery 14, layers of tarlatan, tinted by the artist in subtly different tones of red, cover the entire surface of the gallery walls, enveloping visitors in a torrent of intense color. Three overlapping layers of tarlatan create a moiré effect, stimulating the senses and memories of viewers.

Nine carefully selected paintings executed by Frydman between the latter half of the 1980s and the present show the essence of her painting practice, which is the foundation of her artistic expression. The paintings range from Les dames de nage, her first series, in which unexpected images were revealed by placing pieces of string and tree branches under the canvas and applying pigments and pastels to the surface, to the Les Eclats series, in which the artist examined the expressive possibilities of single colors on large square surfaces applied with a similar technique, the Calcaire series, a thoroughgoing exploration of white, and her latest work, des saisons avec Bonnard.
All images:
Installation view, “Monique Frydman” Exhibition,
Photo: TOYONAGA Seiji

Born in Nages in the Tarn region of France in 1943. At present, she lives and works in Paris and Senantes, France. She studied at the Ecole des Beaux-Arts in Toulouse and the Ecole des Beaux-Arts in Paris. She became involved in political activism but in 1974 established a studio in Paris and restarted here art career there. Travels to countries like India, Australia, America, and Japan gave her inspiration from a variety of cultural environments. Frydman has taken the expression of light and color beyond the framework of painting defined in a narrow sense. In recent years, she has produced large installations and undertaken commissioned works that are unified with architecture. Her work has been acquired by the Centre Georges Pompidou (Musée national d'Art Moderne) and other major public collections. Solo exhibitions at the Musée Matisse in Le Cateau-Cambrésis, France, in 2006 and La Varrière, The Hermès Foundation in Brussels, Belgium in 2008. She participated in the sensational group show, “elles @ centrepompidou” at the Centre Georges Pompidou. In Japan, she was recently included in the exhibition “No Man’s Land” held in the old building of the French Embassy in Japan prior to demolition between 2009 and 2010. Frydman received the Order of the Legion of Honor in 2009.

The exhibition catalogue "Monique Frydman" is scheduled to be published on February 1.
It contains about 40 installation views from the exhibition, an interview with the artist, and the texts on the artist. 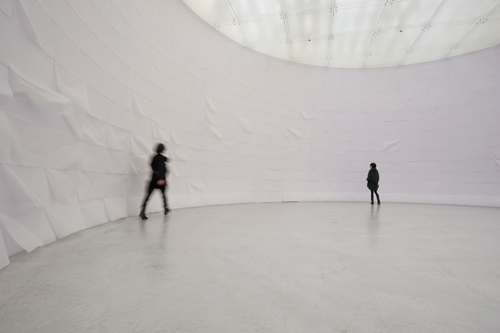 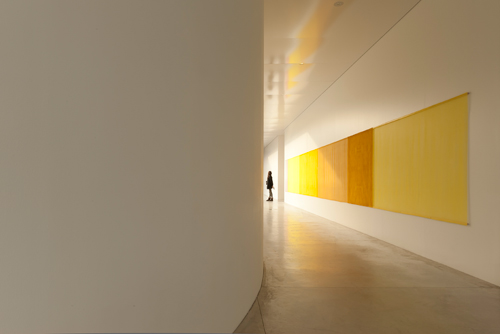 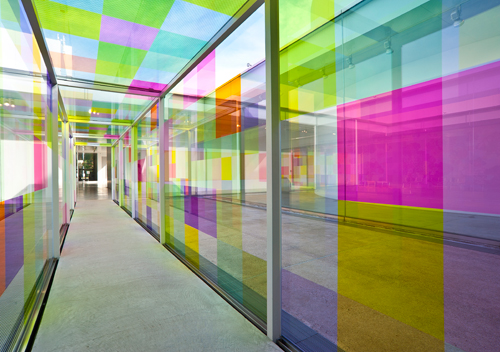 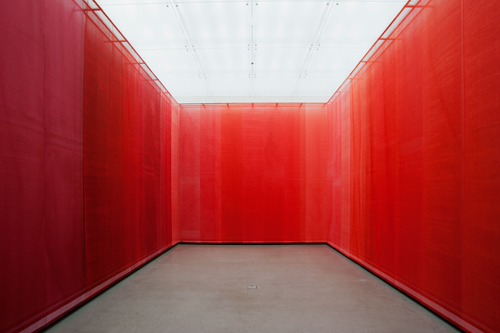 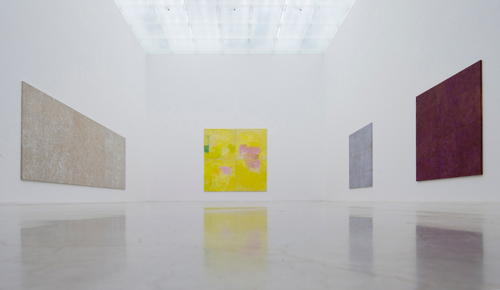 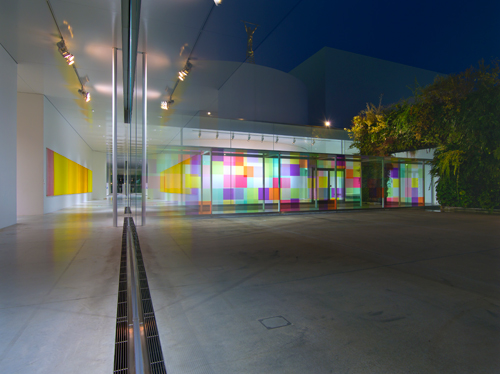 Co-organized by：
The Yomiuri Shimbun, The Japan Association of Art Museums