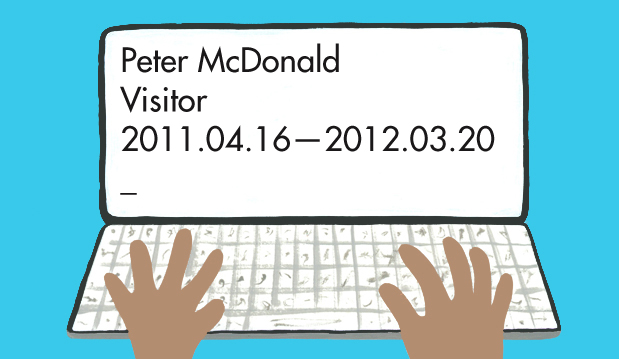 With this edition, the Kanazawa Youth Dream Challenge Art Programme (*1) breaks new ground by setting its sights on an overseas artist. The Program invites the young, internationally recognized, UK-based artist Peter McDonald to develop an art project for the first time in Japan, marking the first international edition of the Program. Through the “act of painting,” McDonald, at the core of the project, rubs shoulders with others, lightly traversing the boundary between genres, genders, countries and the everyday and the extraordinary. As young people (*2) participate in the work, they experience the diversity of and possibilities for communication. Beginning with a painting exhibition and the production of a wall installation at the museum, various extemporaneous programs will be held using the exhibition space as a stage. As McDonald interacts with the city and the people of Kanazawa, his painted world will permeate the city, establishing pliable onnections between one person and another, and between people and places through the fundamental language of expression we know as painting.

*1.
Launched in 2007 adopting the methodology of the Zon Moderna outreach program at the Moderna Museet in Stockholm, Sweden, the 21st Century Museum of Contemporary Art, Kanazawa's unique program takes the form of a long-term project-based exhibition involving an artist-in-residence, work-in-progress and workshops. Targeted mainly at young people 18-39 years of age, participants in the Programme work together to rediscover and to grow their view of themselves and of the world. Based on the results of the past four stagings of the Programme, 2011 marks its further development as a case-study compilation of the Museum's key concept of “museum as mediator”.

Who are the people with the big heads who have continuously made appearances in the paintings of Peter McDonald? The emphasis in this project is placed on an open dialogue between the artist and the
viewer, born through his or her encounter with a body of McDonald's works created since 2002 exhibited at the Museum. The aim of this dialogue is to expand the painted world of the artist to the environment in which the viewer lives.

On April 30, McDonald began asking visitors to "Write me a letter". Letters dropped in the postbox beside the entrance to the "Salon" exhibition were forwarded to the artist. McDonald responded, and
from the postcards sent, dialogue further developed.
(In the period from April 30 through 19 June, the artist received 1033 letters)

The project began with McDonald's painting unfurling in three dimensions, on all four walls of the
gallery, a surface measuring six meters in height and a total of around seventy meters in length.
The wall painting McDonald and the wall painting team began working on in late April is opened to the
public as a 'gallery' on Saturday, June 18.
The project will also continue to evolve. Living up to its title, "Disco", the space will occasionally set the
stage for disco, DJ, performance, workshop and other events starting Saturday, September 17.
The wall painting project allows participants (*) in the workshop not only to engage in the production of
the wall painting, but also, after the painting is completed, the venue, as a stage for self-expression, can
be expanded into a place for planning and implementing the programs. In this place, every single viewer
and the various events become the principal characters in Peter McDonald’s painting space.


An encounter between the Indian classical melodies of Amit Roy and the painting installation Disco.

Buffalo Daughter
Formed in 1993 by Sugar Yoshinaga (guitar, vocals, tb-303, tr-606), Yumiko Ohno (bass, vocals, electronics) and MoOoG Yamamoto (turntable, vocals), Buffalo Daughter is known for their "aggressive" live performances. They enjoyed robust sales of their debut album on an independent Tokyo label, and as a result of passing samples of their music on to Luscious Jackson, who was on tour in Japan, Buffalo Daughter signed with the Beastie Boys' label Grand Royal Records in 1996. After touring major US cities, they expanded their activities worldwide to countries including the UK, France and Germany. Their popularity continued to build into the new century, and they released successive albums even after moving to V2 Records. Commensurate with being voted one of the 100 most respected Japanese people by Newsweek Japan in 2006, they have continued to garner attention at home and abroad. In 2010 they launched their own label, Buffalo Ranch. Together with guest drummer Atsushi Matsushita, they will release their first new album in four years, The Weapons Of Math Destruction.

Admission: No charge
Language: Japanese
For: All ages from children* and adults (*young children should be accompanied by a guardian)

On April 30, McDonald began asking visitors to "Write me a letter". Letters dropped in the postbox beside the entrance to the "Salon" exhibition were forwarded to the artist. McDonald wrote responses, and since mid-September they have been reaching their recipients.
Stay tuned to find out how the dialogue will develop.
(In the period from April 30 through 19 June, the artist received 1033 letters)

During his residence in Kanazawa, artist Peter McDonald has left his mark (Cigarette Box) with the people and places he has encountered. Where will it be left? And where will it migrate? This only the artist hand the people he meets can determine.

For Takasago Scroll Peter McDonald took as his theme the Noh play Takasago. A “scrolling” video in which paintings depicting four scenes are joined in a single scroll was made by a project participant.

Café & Cake TOMO, a cafe visited by Peter McDonald on many occasions, will display a selection of his work for a limited time.

Presenting a new series of drawings inspired by various experiences while putting together the show, and during McDonald's time in Kanazawa.

54 color plates of works by the artist including those in exhibition in Kanazawa
Planned release: September 2011
Price: ¥ 2,625
Published by FOIL Co., Ltd.

Documentation of the this Program in Kanazawa
Planned release: March 2012
Published by FOIL Co., Ltd.

Peter McDonald (born in Tokyo in 1973, based in London) captures the act of painting as performance. In 2002, while painting a series of works based on performers on stage, a character with a large head appeared. Thereafter, with the image of this character at the core of his visual language, he expresses, with abbreviated iconography and rich colors, everyday situations. These have included: concerts, airports, a bakery, hair salons, classrooms, museums and cafés among many others. He has also referenced the creativity of historical painters such as Henri Matisse and Lucio Fontana.
McDonald was the winner of the UK's John Moores Painting Prize in 2008. 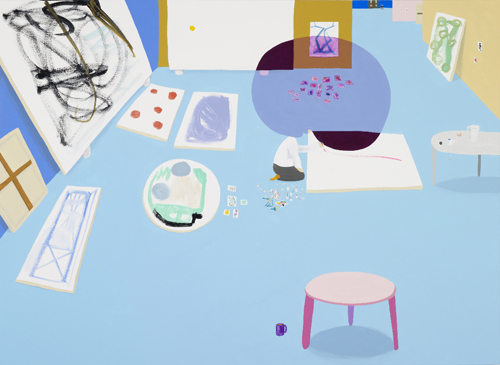 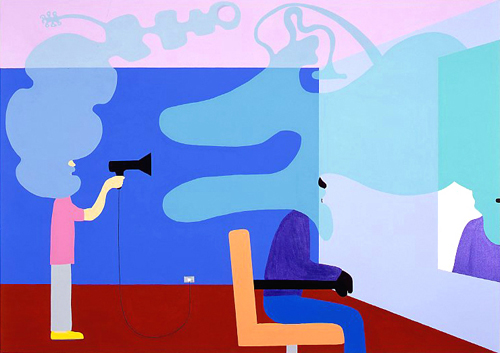 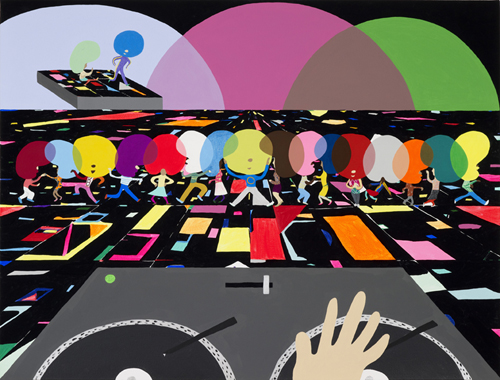 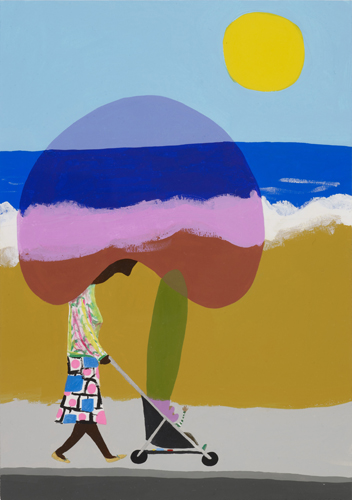 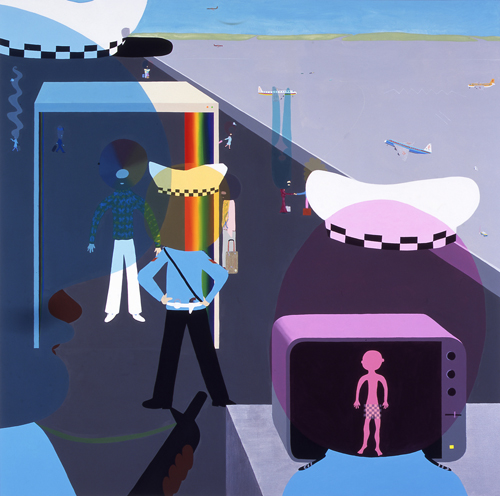 All images of the works: Courtesy the artist and Kate MacGarry, London

In Cooperation with：
bonnyColArt Co., Ltd