The practice of AKI INOMATA (b. 1983) sheds light on the relationships between humans and other species, presenting artworks that are often created in collaboration with a variety of living creatures. INOMATA’s solo exhibition Acting Shells is centered around the artist’s ongoing project Memory of Currency. Conceived in 2015, the project attempts to create “fossils of currencies” by fusing portraits of figures that symbolize contemporary currencies around the world with pearl oyster shells. Humans, since ancient times, have used shells as one of the most important means of currency exchange. In today’s society where crypto-currencies and e-money are seemingly about to sweep over the physical ones, this project offers us an opportunity to reconsider with fresh eyes the economic and social systems we are surrounded by, through retracing the history of currencies and thus traversing the past and present.
Shells naturally serve the purpose of a “shelter” (or yado, from which the Japanese word for hermit crabs, yadokari, originates) that provides protection for shellfish. The exhibition presents a multifaceted significance of “shells” for different species such as hermit crabs and asari clams (molluscan shells), facilitating meditations around the evolutionary histories of both human societies and of life on earth at large, in relation to the proactive acts observed with spices. INOMATA’s artworks suggest diverse meanings of “shells,” cultivating our imaginations of various time and space.

Although it was not my original intention, my artworks have an aspect of recreating the co-evolution among “species.” These “species” sometimes merge with one another, becoming different mutants.
In all works exhibited – Why Not Hand Over a “Shelter” to Hermit Crabs; Lines – Listening to the Growth Lines of Molluscan Shells; Think Evolution #1: Kiku-ishi (Ammonite); and Memory of Currency – “shells” are used as each work’s material. Even after a shellfish ceases to exist as a living organism, its shell does not decompose immediately and remains to exist semi-permanently. Humans use it as currencies and decorations, and hermit crabs as their domiciles. While this kind of re-purposing was probably never intended by the shellfish themselves, there is something inexplicable about how the shells will continue to remain in this world long after the people or hermit crabs alive now.
It was for a local art festival that I first visited Tanegashima, where Memory of Currency was filmed. In Tanegashima, there are ruins from the Kofun-period (Tumulus period) called Hirota Site, where numerous adornments of white shells with carved geometric patterns have been excavated. From what I have heard, the shells were not just of the island’s vicinity, but included gifts and exchange commodities from the Southern islands. Having the completed artwork of Memory of Currency, it makes me feel as though I just happened to receive ancient shell money discovered from the bottom of the ocean. And yet, it may be the shells, not us short-lived humans, that will see through the course of the artwork and continue to retain memories of all that happens.

Main works in the exhibition

In this series of works, INOMATA implants artificial nuclei into tissues of pearl oysters, each nucleus shaped as the portrait of an international figure that symbolizes the monetary economy, whether it be Queen Elizabeth II, George Washington, Mao Zedong, Karl Marx or Yukichi Fukuzawa. The oyster over time forms nacre around this nucleus, producing a pearl in the shape of the portrait. A large-scale video projection accompanies the resulting pearls, showing footages of the pearl oyster shells sinking into the ocean. The shells fluttering down to the bottom of the ocean takes our imagination to a narrative of them becoming “fossils of currencies” through drifting over hundreds and thousands of years, provoking reflections on the economic systems surrounding these spices and ourselves. 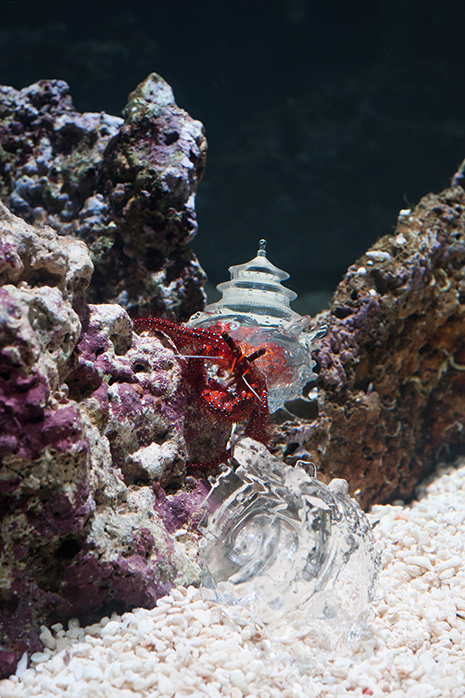 Why Not Hand Over a “Shelter” to Hermit Crabs?

In this work, the artist gives hermit crabs “shelters (or yado)” made of resin, modeled after cities around the world. While the crabs choose which shelter to move into, we humans can only discern each crab’s identity from the city they are carrying, hence their outer “shell”. INOMATA finds here a juxtaposition with human societies, where people judge others’ identities by external categories like race, gender, nationality, education and appearance. Hermit crabs’ journey to find the right shelter is not always peaceful, sometimes forcing other hermit crabs out of their dwellings to make the shells their own. That is, the outer shells that protect us can at the same time define who we are regardless of our inner-self, or even become a source of conflicts. As each hermit crab continues moving from one transparent, resin-made city to another, the work gives us an opportunity to reconsider our own “shelters” we inhabit in. 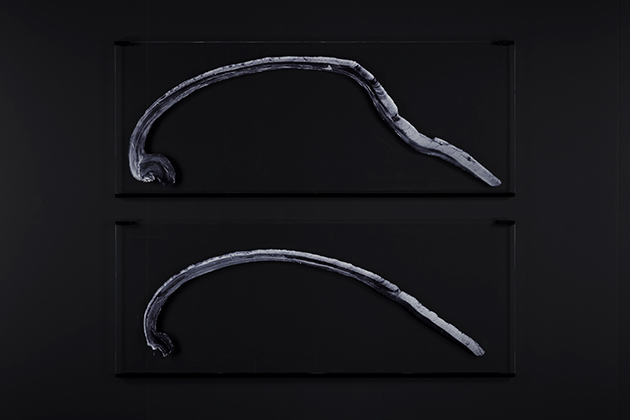 Lines – Listening to the Growth Lines of Molluscan Shells

“Growth lines” are numerous lines observed in cross-sections of asari clams (molluscan shells) among other clams. Similar to growth rings on trees, through these lines we can discover the progress of the clam’s daily growth, corresponding with the tidal cycles. INOMATA has created artworks with microscopic photographs of the growth lines on two asari clams collected in Soma, Fukushima, one in July 2011 and the other in July 2015. The differences between the two asari clams manifest visually like an abstract sho writing or a calligraphy – the 2011 asari which grows significantly after the damage caused by the tsunami, and the 2015 asari which shows the effects of a stressful environment due to the ongoing coastal revetment work. Alongside the photographs, the artist has created an artwork that allows us to synthetically experience what the clams have gone through, by transposing their growth lines into grooves on paper disc records. From the asari clam shells, we can get a glimpse of such different perspectives on the world.

Think Evolution #1: Kiku-ishi (Ammonite) is a video work in which the artist recorded an encounter between an octopus and a cast of an ammonite shell made of resin, recreated from the CT scan data of a fossil. After thriving for 300 million years, ammonites had become extinct along with dinosaurs around 66 million years ago. Octopuses, on the other hand, are believed to have abandoned their shells in the process of evolution, and are known to use bivalves and other kinds of shells including coconuts to protect their soft and vulnerable bodies.
Inspired by this story of evolution, from ammonites protected by their shells to octopuses that abandoned their shells, the work invites us on a journey of thought experiment where the two species happen to cross each other’s paths. 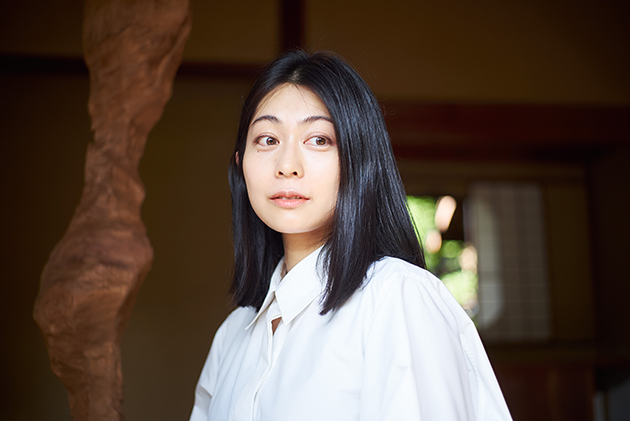 Born in 1983, AKI INOMATA received her MFA in Intermedia Art in 2008 from Tokyo University of the Arts. In 2017 she stayed in New York on an Individual Fellowship from the Asian Cultural Council (ACC). In her work, INOMATA presents creations born out of our relations with other living species, as well as these relationships themselves. INOMATA has been
the subject of solo exhibitions at the Fine Arts Museum of Nantes, France; the Towada Art Center, Aomori; and the Kitakyushu Municipal Museum of Art, Fukuoka. She has exhibited both domestically and internationally, participating in Broken Nature (2021) at the Museum of Modern Art, New York; The World Began Without Human Race, and It Will End Without It. (2021) at the National Taiwan Museum of Fine Arts, Taipei; the 22nd Milan Triennial (2019); and the Thailand Biennale (2018) among other exhibitions.

The exhibition series “Aperto” introduces up-and-coming young artists in a solo exhibition format. As an art museum actively engaged with the contemporary world, 21st Century Museum of Contemporary Art, Kanazawa looks closely at new trends now in the process of forming. Artists and curators collaborate in creating occasions for exhibiting works and act as an intermediary between today’s creation and that of the future. This exhibition series looks at individual artists who possess sufficient creative motivation to command a solo exhibition and who are expected to make a significant impact in the future. Artists are selected without regard for their nationality or expressive media by the curator at 21st Century Museum of Contemporary Art, Kanazawa. Note: “Aperto” is Italian for “open.” 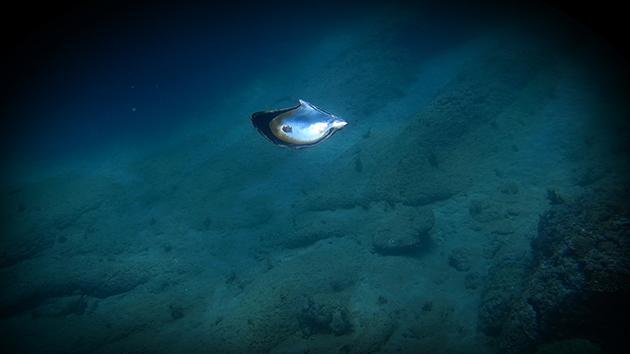