KUNO Ayako Metamorphoses of the City 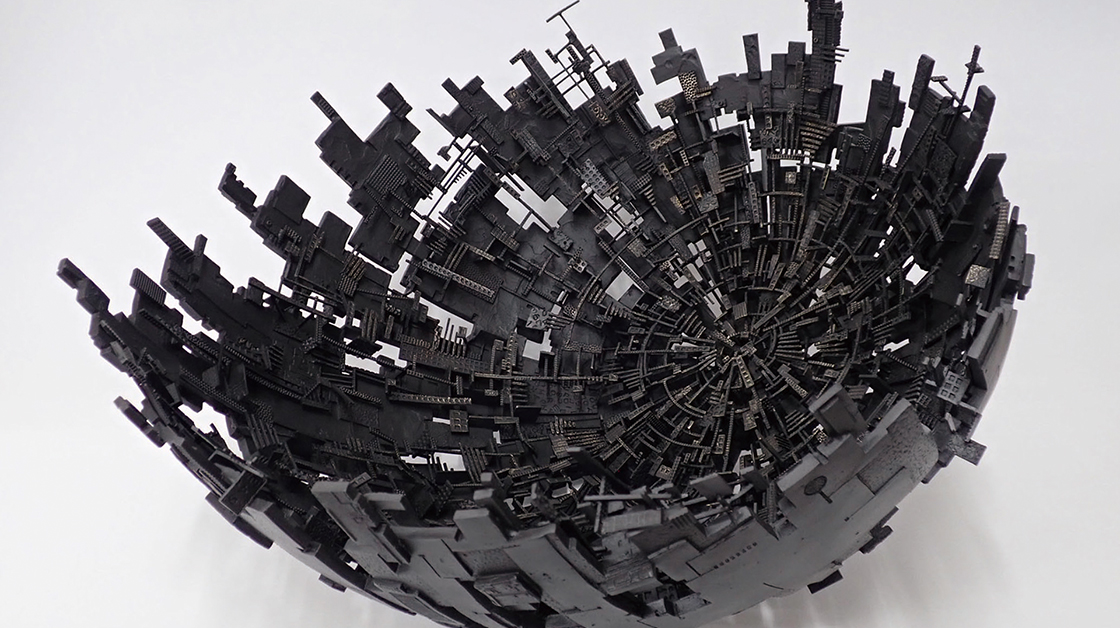 KUNO Ayako (b. 1983, Tokyo) employs lost-wax casting in her work. Lost-wax is a technique in which intricate forms made from wax are turned into casts, and Kuno uses it to produce pieces that combine the hard, solid texture of metal, with a dedication to detailed design. This exhibition presents works produced out of an earnest attitude to engage with metal and forge a dialogue with the method of metal casting: KUNO’s display of high-density formative aesthetics applied to robust metal creating works on an urban theme, that conjure up visions of a writhing, proliferating metropolis, morphing as it is constructed. 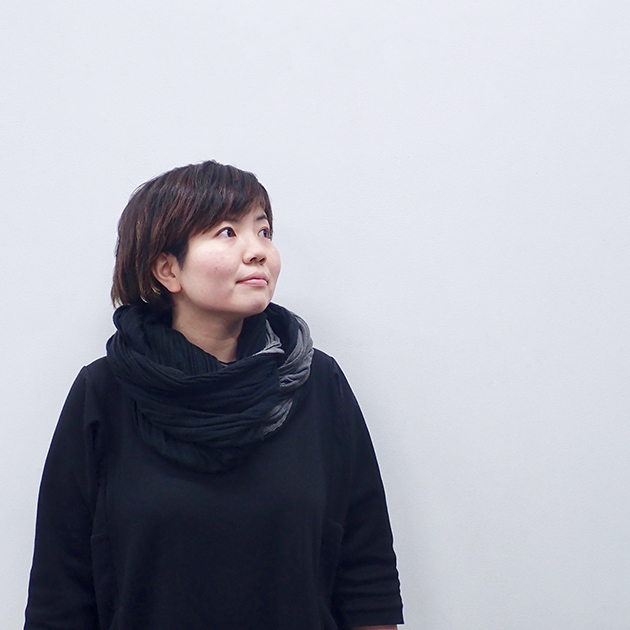 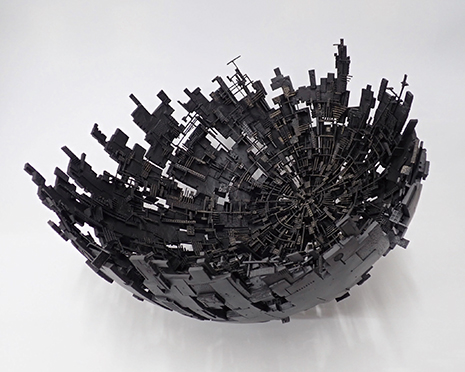 When I personally think of “landscapes,” it is densely packed urban spaces that come to mind, mainly the shapes that appear when such spaces are viewed from above, and the outlines of structures, seen from various viewpoints.
For example, the sight of disorderly clusters of buildings with similar shapes; the shapes that support these; the shapes of the gaps between buildings; and the incongruous feel of nature and manmade structures standing side by side.

As I see it, people have different ideas of what constitutes a landscape; partial and fragmented, mixed with their own individual concerns and thoughts, occasionally morphing and moving in multiple ways.

It is common to view the chaos and inorganic appearance of modern urban spaces in a negative light, but a city steadily growing and changing resembles a single, giant life form, and for me, is a fascinating entity that conjures up positive thoughts of strength, hope, and vitality.

In this exhibition, I employ the precision lost-wax technique and plaster investment casting, both of which allow precise, detailed expression in metal, to develop my own version of a “landscape.” 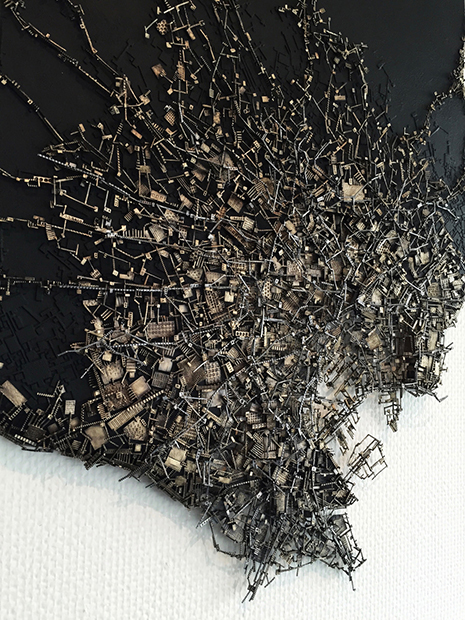 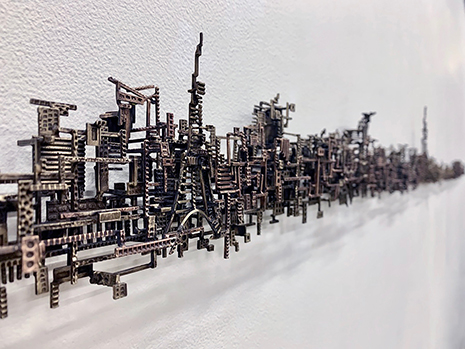