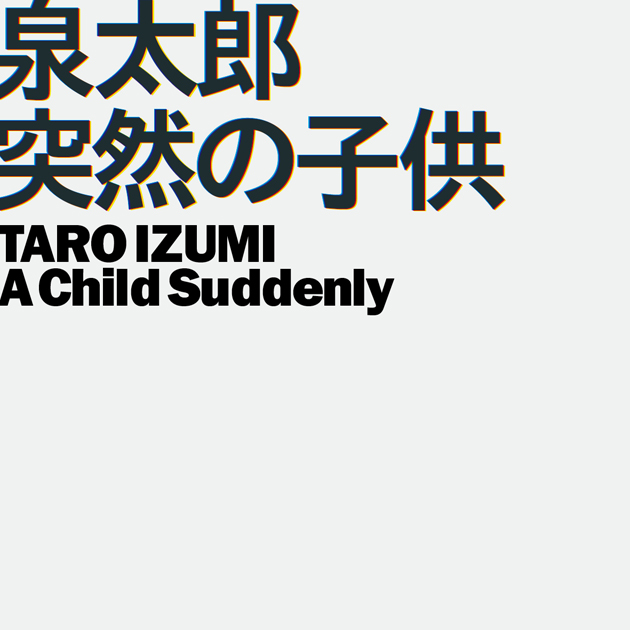 Taro Izumi (1976 – ) is an artist mainly known for his installations that cross video, performance, drawing, painting, sculpture and other media, exhibiting his work frequently at home and abroad. Izumi’s work characteristically involves everyday matters and objects, and sometimes large numbers of people; by capturing actions that appear at first sight to have no real significance, Izumi highlights absurd experiences that lurk in everyday life. Time and space, real and virtual image, inside and outside, free and unfree – Izumi’s practice plays with and blurs such conventional divisions which we unthinkingly impose on the world, questioning them from startling angles.
In this exhibition, Izumi is presenting four new artworks and one book project. Staged in Theater 21 and the Long-Term Project Room is B: But the lens had clearly captured the passing tiger., a work consisting of feature films – the artist’s first such endeavor – along with film posters and a popcorn stand. On the outside of the Long-Term Project Room, there is The Transparent Drool of Fantasy, a work whose concept is “windows fitted with night.” Dawn of the Compact Structures, which will be released halfway through the exhibition period, is a series of videos that superimposes multiple layers of time, resulting in a novel structure for a film. On top of these, works will be completed and added to the exhibition over Izumi’s long-term stay at Kanazawa, including Y: Raise your knee, now lower it. P: I put the stones away so they won’t trip., which sets its sights on the visitors to the 21st Century Museum of Contemporary Art, Kanazawa. Alongside these video works and installations, Izumi will also collaborate with a critic – a specialist at handling words – to produce A Dark Gray Book (provisional title). This work will explore, in book form, new means of communication that might be able to substitute and improve on words.
Izumi has long probed the ever-unsolvable, ever-expanding question concerning the knotted relationship that films and images share with the human body and consciousness. This exhibition promises to be an extremely ambitious undertaking that presents a wholly new approach to this question, while remaining in touch with his practice to date. 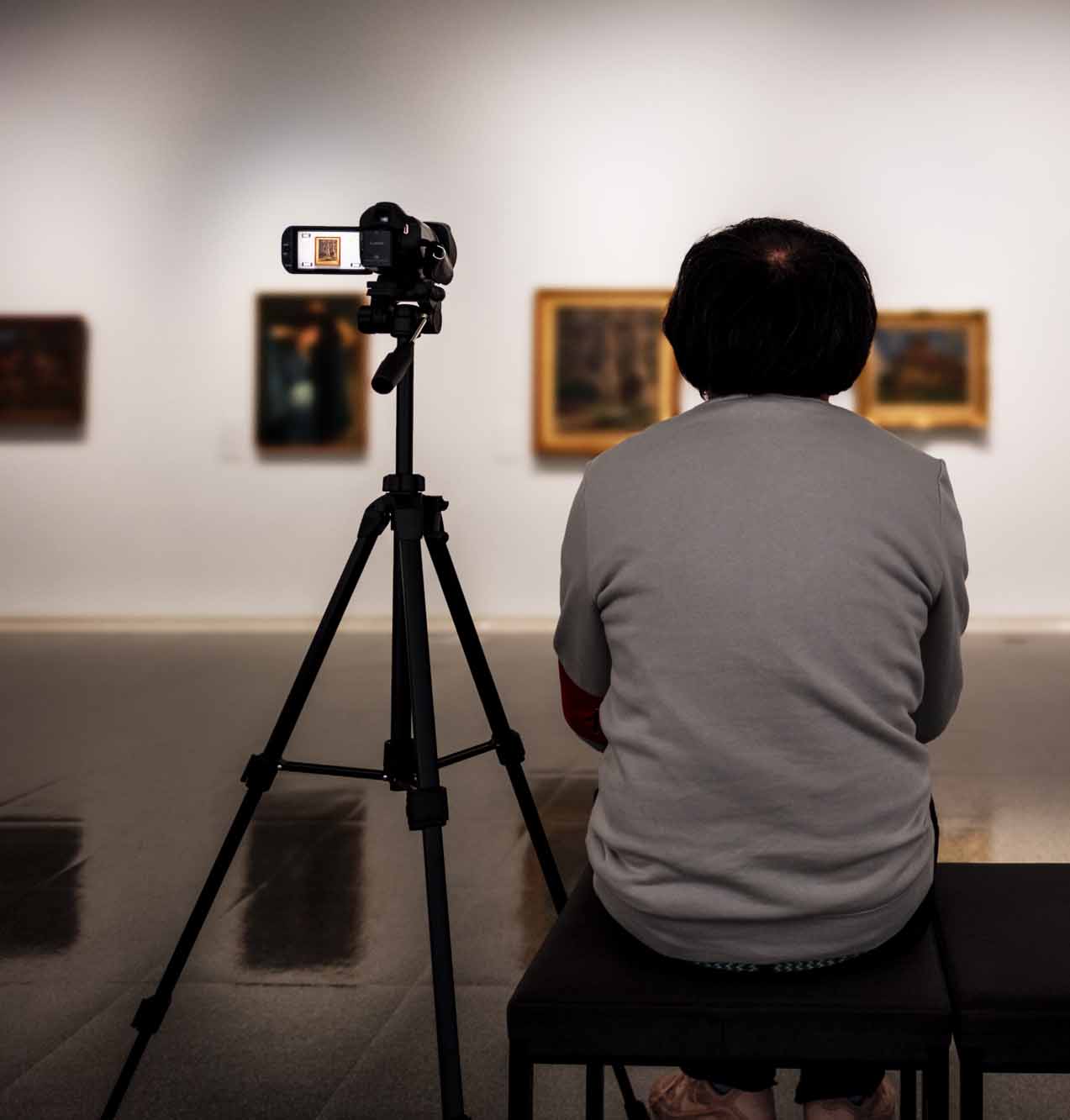 Born 1976 in Nara Prefecture, Taro Izumi studied on the Master’s Degree Course at Tama Art University, graduating in 2002. He currently resides in Tokyo. In a world where videos have become such a natural part of our day-to-day experience, Izumi creates installation works that focus on video cameras and the human body, and disturb the environment that surrounds them. In 2015’s In Our Time: Art in Post-industrial Japan exhibition at this museum, Izumi presented enthralling installations that blurred the boundaries between real and virtual image, between time and space. He has enjoyed acclaim both in and outside Japan for his one-of-a-kind artistic practice, including for Pan, his first large-scale solo exhibition overseas (Palais de Tokyo, Paris) that was held from February to May of this year. 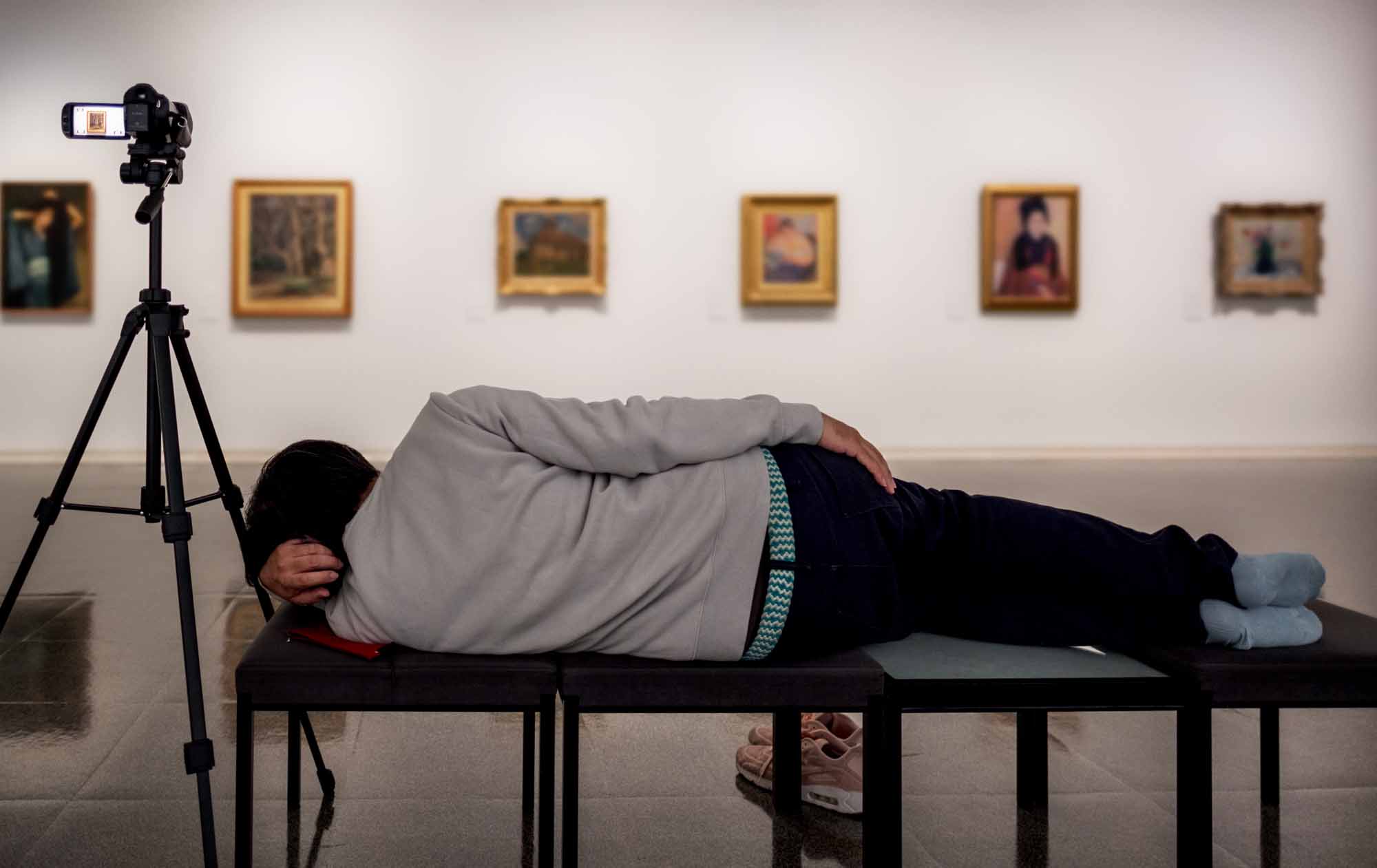 B: But the lens had clearly captured the passing tiger. 2017 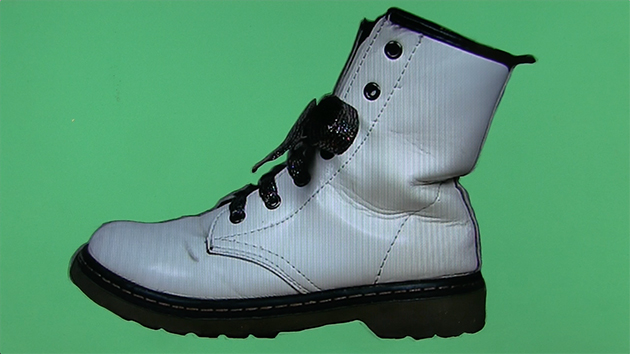 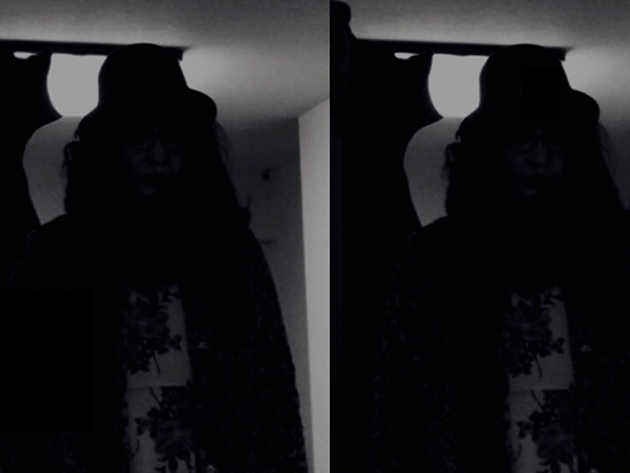 D: Night begins the moment you hold back a sneeze? Well then, Mister, how about you and me go for a nice long sneeze? 2017

Venue: The outer peripheral of the Lecture Hall 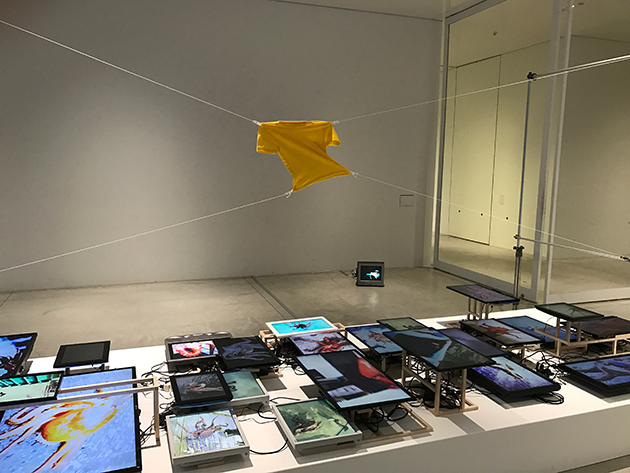 Venue: In front of the Breast - feeding Room at the Public Zone 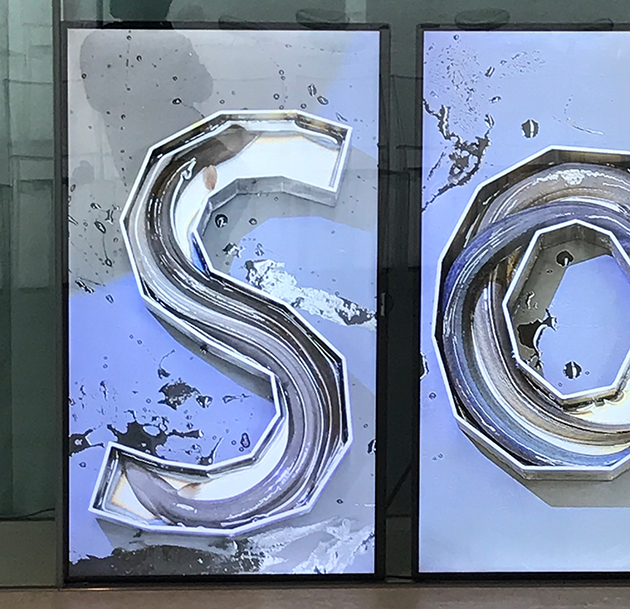 Venue: The outer peripheral of the Lecture Hall 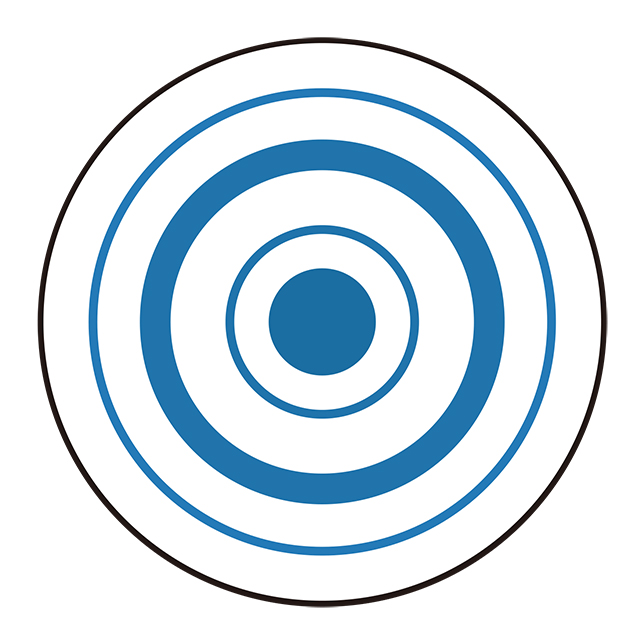 Venue: The nearby the Lecture Hall 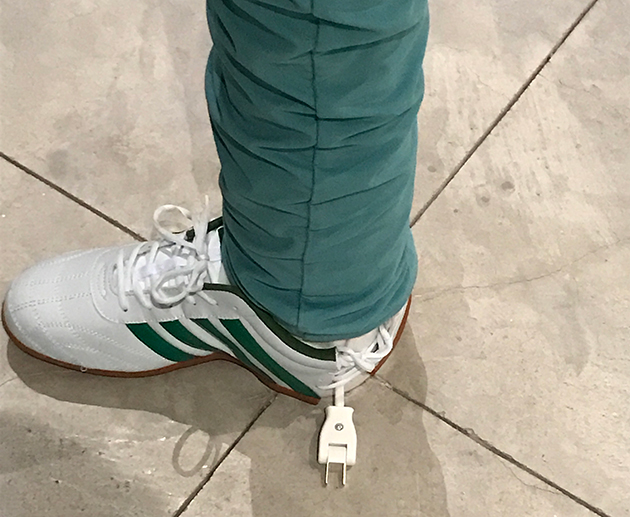 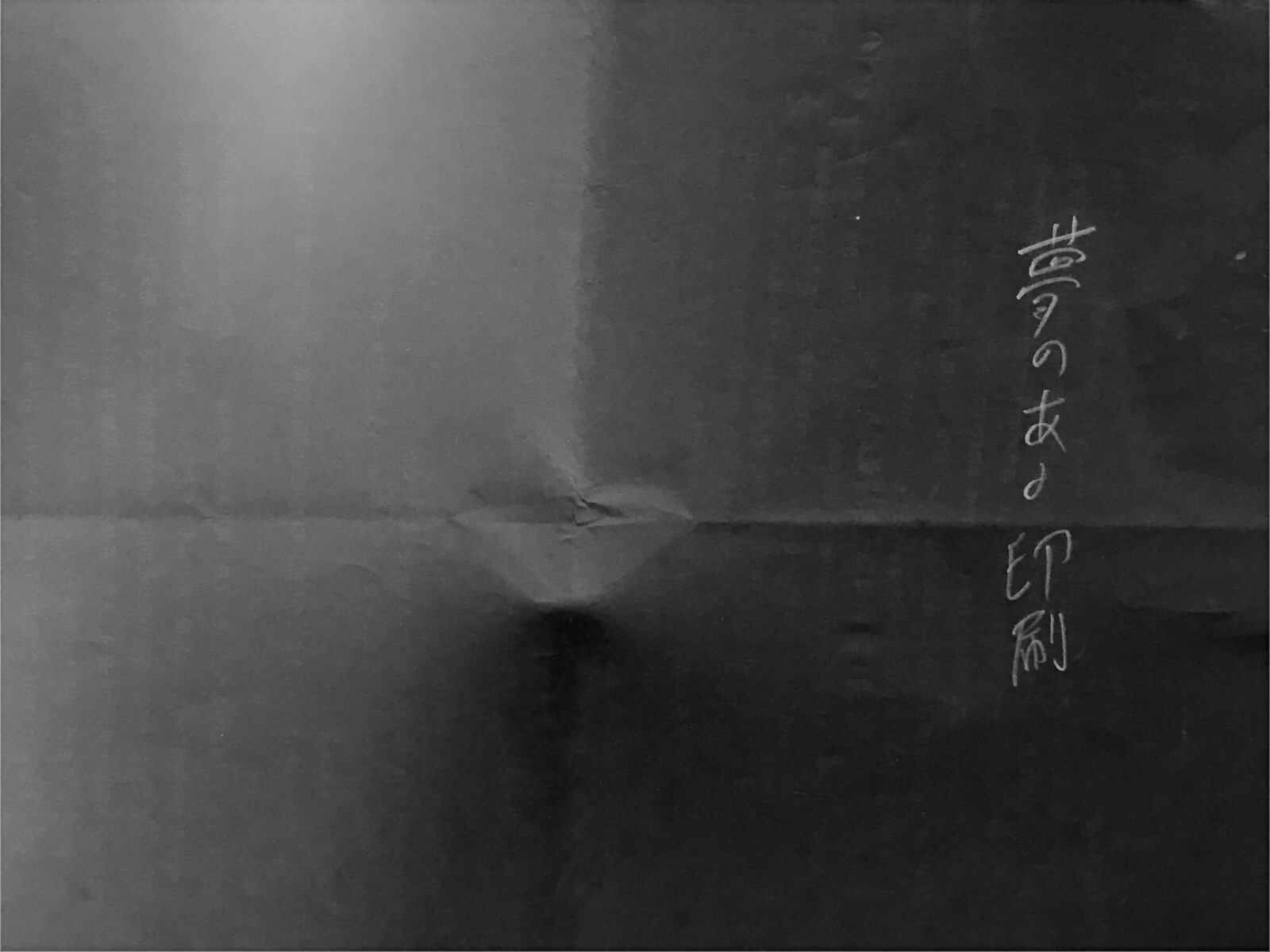 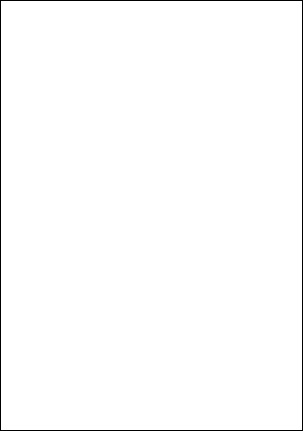 B: But the lens had clearly captured the passing tiger. Images