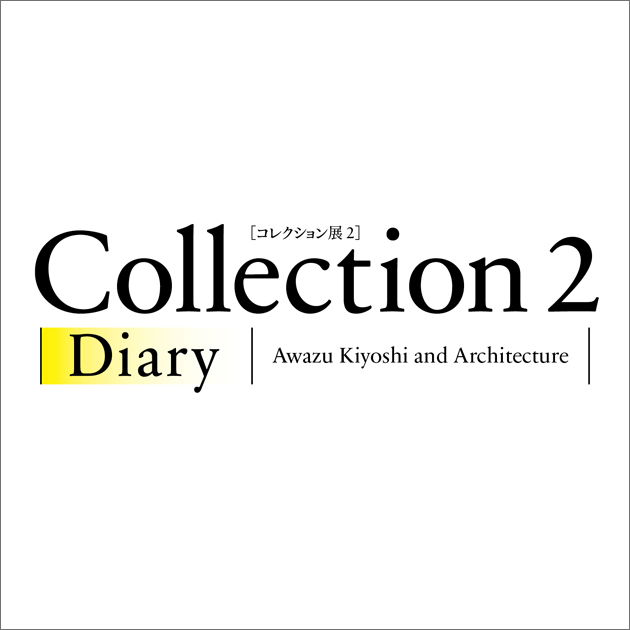 Diary
The word diary derives from the Latin “dies,” meaning “a day.” In a diary, whether written or drawn, the daily recording of one’s life becomes an accumulation of time. Within that accumulation, an array of elements can be discerned—memory, physical action, traces, everyday life, and repetition. When someone’s personal diary is disclosed to the public, moreover, it becomes a part of “history.”
This exhibition of works by eight artists employs the word “diary” with its multiple associations as a foothold for viewing and understanding those works. When memory of past actions and experiences receives formal expression in an artwork, what kind of “diary” can we discover in it?

Awazu Kiyoshi : Makurihirogeru (EXPOSE) 3
Awazu Kiyoshi and Architecture
21st Century Museum of Contemporary Art, Kanazawa possesses in its collection some 3,000 artworks and materials by AWAZU Kiyoshi. “Makurihirogeru (EXPOSE)” is a series of exhibitions launched in 2014 to exhibit the Awazu collection from varying perspectives.
Our third exhibition takes the theme, “architecture.” As a participant in the avant-garde architectural movement “Metabolism” in the 1960s, Awazu collaborated with numerous architects in creating spatial designs. He also employed graphic design to visually communicate that architectural movement’s principles.
Awazu’s uniqueness lay in his ability to reinterpret and express Japanese tradition in modern design aimed at serving the masses. This exhibition divided in three sections (“Metabolism and EXPO '70,” “Collaborations with Architects,” and “Architecture Magazine Design”) will show how Awazu’s designs resonated with the Metabolist architectural movement and richly amplified its potential. 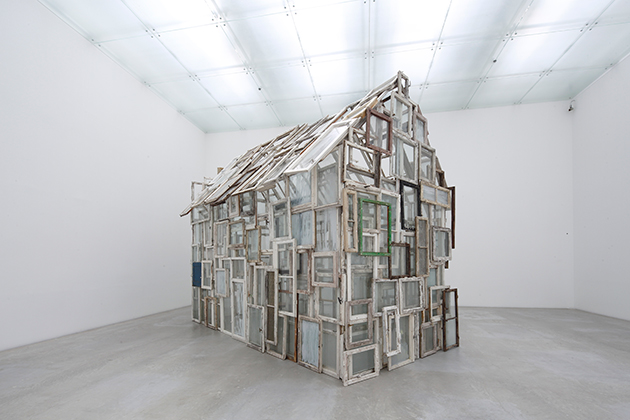 Born in Osaka, Japan in 1972. Lives and works in Berlin, Germany.
After she went to study at Hamburg University in 1996, Shiota Chiharu has been working based in Germany. She studied under Marina ABRAMOVIC´ and Rebecca HORN. She makes installations, drawings and performances to express her overflowing emotions and feelings that she is unable to wipe out. Her work using windows was presented at the 1st Seville Biennale in 2004. Since then, though it is shown in different forms such as labyrinth and house, the work has been telling us, those who live now, of the deceased and the past through accumulated individual windows with different memories. 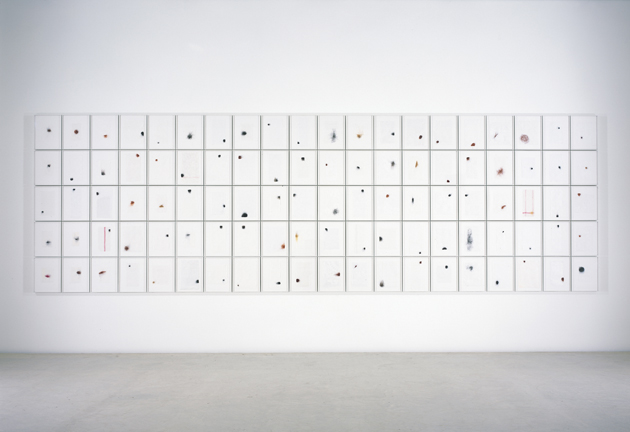 Born in Detroit, USA in 1949. Lives and works in Chicago.
Using materials such as lace, linen, human hair, and thread, Anne Wilson skillfully employs the techniques of sewing, weaving, and tying in creating works that investigate human perceptions and meaning as a culturally constructed linguistic norm. Her works range from panels, stitched into fabric using thread or hair, to large-scale sculptural pieces 10 meters wide and video and photographic creations. Working with her hands, Wilson creates a dense, eloquent world by interweaving the emotions awakened by her materials – which richly evoke privacy and the body – with our memory of the functions they originally served and the complex, delicate textures produced by her use of pins and bits of thread. 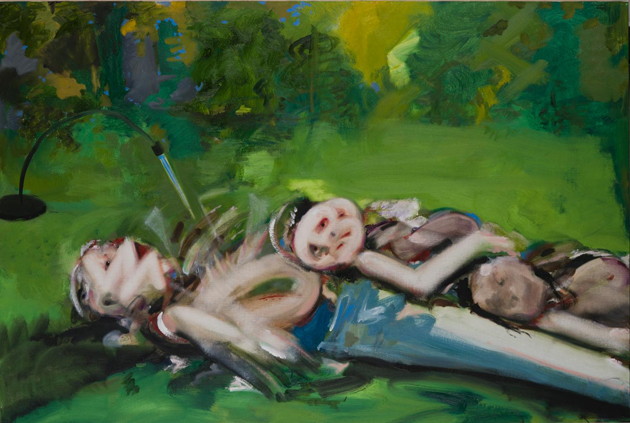 Born in Hiroshima prefecture in 1980. Lives and works in Hiroshima. Completed his post-graduate studies in painting at Musashino Art University in 2007.
Konishi Toshiyuki paints human figures primarily in oil, many of them portraits based on photographs of his own family. His bold brush strokes, distinguished by the movement of straight lines, suggest the physical movements of the artist, who throws his entire body into his painting. Meanwhile, his free use of color evokes his emotions, sensibilities, and other processes of his mind. Konishi in 2014 participated in group exhibitions at major Japanese art museums, including “Nostalgia & Fantasy: Contemporary Art, Its Imagination and Origins” (The National Museum of Art, Osaka), and “The Way of Painting” (Tokyo Opera City Art Gallery, Tokyo). 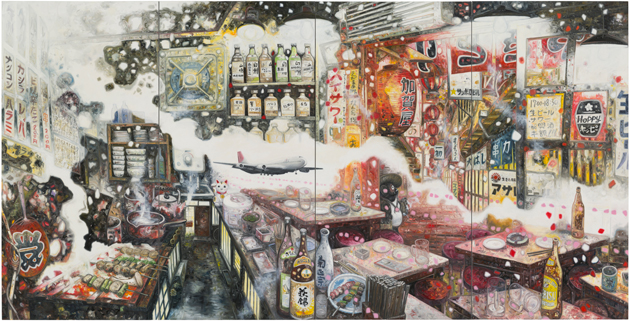 Born in São Paulo (Brazil) in 1965. Lives and works in New York.
Oscar Oiwa was born in São Paulo, Brazil as a second-generation Japanese Brazilian. Having drawn cartoons and manga since his teenage years, he is deeply familiar with the comics and films of many different cultural spheres. In the 1970s, first-generation Japanese immigrants operated a flourishing shopping district in São Paulo’s Little Tokyo , and the Japanese movies Oiwa saw at the cinema there (“Otoko wa tsurai yo,” “Tokyo Monogatari,” etc.) helped form his early image of Japan.
After graduating in architecture from São Paulo University, he relocated his activities to Tokyo at the age of 26 and engaged in art while employed in an architectural office. On turning 30 in 1995, he spent a year studying in England and, after seeing numerous masterpieces of medieval painting there, decided to work in oil paint. For some 12 years thereafter, before moving to New York, he pursued his art with intense energy primarily in Japan, participating in over 100 art exhibitions. From the late 1990s, while continuing to paint, he also became involved in art projects aimed at regional revitalization and produced three-dimensional works that interplay with space, such as permanently installed of works of public art in the pavement outside Tachikawa Station (1994) and in the Matsudai “Scarecrow Project” during the first Echigo-Tsumari Art Triennial held in 2000. 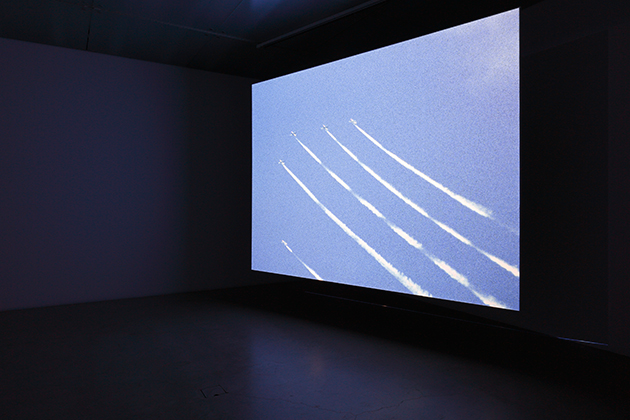 Born in Nieuwer Amstel, the Netherlands in 1959. Lives and works in Amsterdam.
Marijke Van Warmerdam is an artist who uses video, photography, installation and objects to make artworks on the subject of the transience and repetition of everyday life. Her motifs are often objects such as a white liquid dispersing in water or a ball floating in mid-air – everyday objects that are capable of suddenly changing their form or shape. In her videos she uses short sequences in a loop, thereby capturing the change in condition of a motif but also repeating it indefinitely. She is an artist who demonstrates a strong eye for the minutiae of everyday life and a deep understanding of change. 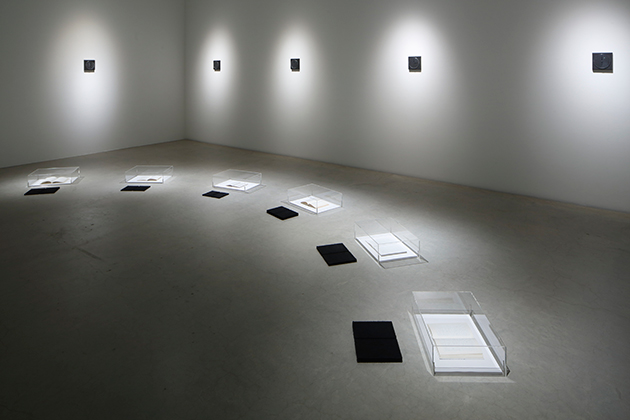 Born in the Ardennes, France in 1956. Lives and works in Kanazawa, Ishikawa, Japan.
Andrieu has addressed the themes of words and letters since unveiling her first works in the late 1980s. She often uses books and manuscript paper as motifs in delicate and subdued works, mostly monochrome in palette. Andrieu believes that we mask the truth between words, letters and ourselves, commenting: “My aim is to create a place to reexamine the connection between ourselves and words, between ourselves and the world.” A place where we can re-think the truth that words and letters fail to express, including the impossibilities of communication. 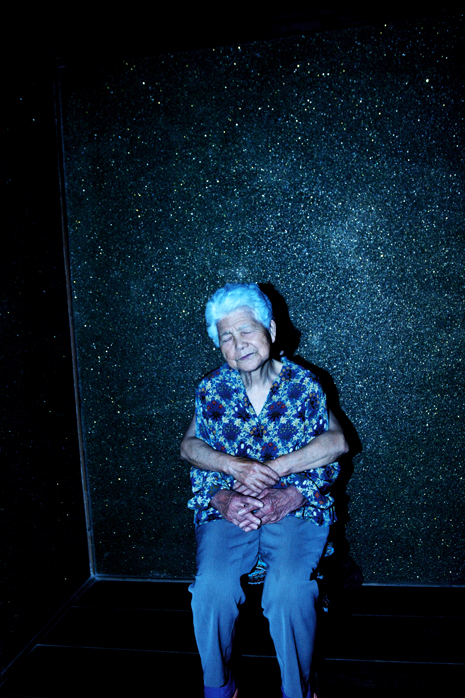 Born in Aichi, Japan in 1980. Lives and works in Miyagi.
Shiga Lieko graduated from Chelsea College of Art and Design in London. She received the 33rd Kimura Ihei Commemorative Photography Award in 2008 for her photographic series CANARY (2007), which is based on a “map” she derived from fieldwork in Japan and regions overseas, and Lilly (2007), a series created in London by training her camera on housing estate residents and then re-photographing the prints. Since 2008, she has resided in Miyagi Prefecture, where she is recording the traces of physical engagements with the land, using the medium of photography. 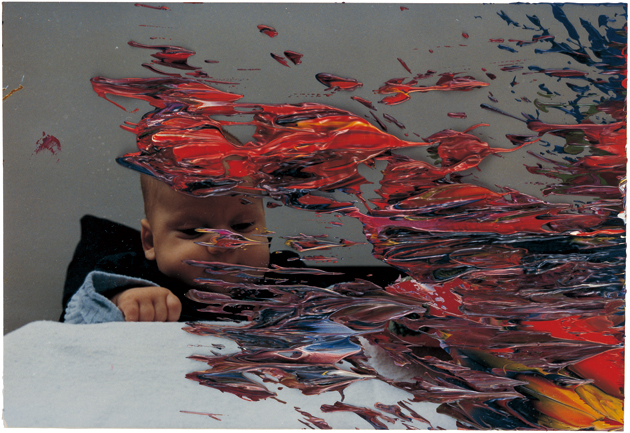 Born in Dresden, former East Germany in 1932. Lives and works in Cologne, Germany.
Gerhard Richter received his art education under the former East German regime, but was strongly influenced by abstract expressionism, which he encountered during a trip to West Germany, and moved to Düsseldorf six months before the Berlin Wall was erected. In 1962 he unveiled Table, which was based on a newspaper photograph. Since then the overriding theme of his work has been ‘Schein’ (illusion, appearance, semblance), which he interprets as the foundation reflecting all existence, and he has continually crossed the boundaries between visibility and invisibility, photographs and paintings, reality and fabrication as part of his pursuit of ‘seeing,’ while at the same time applying his masterful painting technique to work in a variety of different styles. 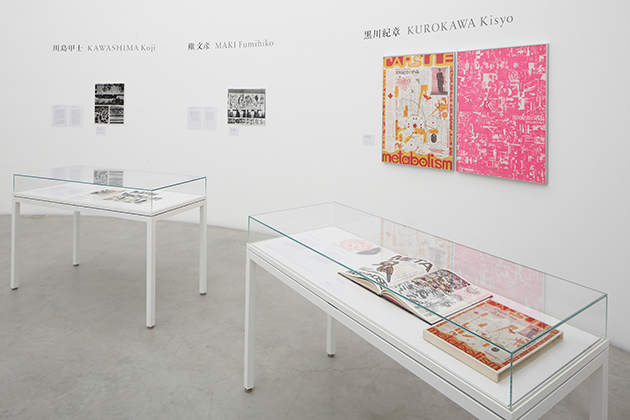