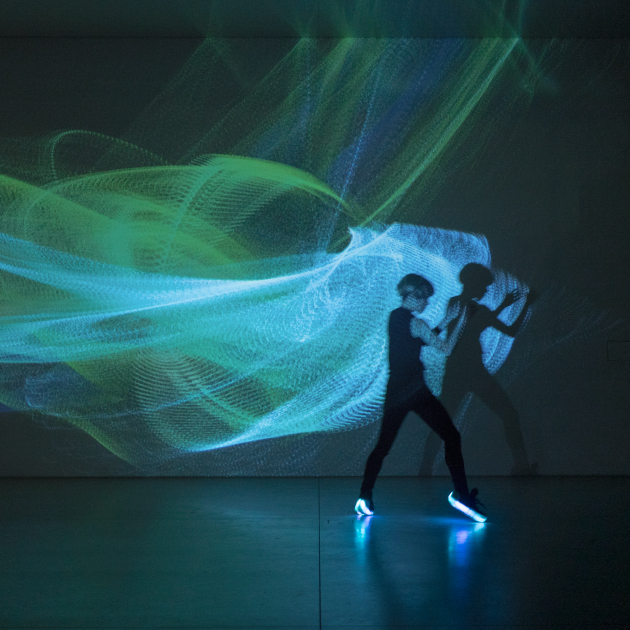 Series Orphe is a shoe of a new dimension whose sole lights up and produces sounds like a musical instrument when the user moves. The trajectories of light and sound performed by the wearer arise from the wearer’s bodily motion. “no new folk studio Inc.” is a start-up launched in 2014 by KIKUKAWA Yuya. Wanting to work in the music field, Kikukawa began creating musical instruments and eventually developed a prototype for Orphe, a percussion instrument in the form of a shoe. Working in collaboration with engineers and designers, he has refined the instrument and will soon launch commercial sales. Orphe is not strictly a shoe or musical instrument. It transcends borders and genres of all kinds and offers the user unlimited possibilities to explore.
This exhibition will present the video work Motion-Score, featuring a dancer wearing Orphe moving freely through the art museum in the darkness of night. The dancer’s “motion” converts to sound and light and becomes a performance, and hence, the dancer’s movement is like a “score.” On three screens, video imagery based on three themes will unfold—a “Tour” of strolling freely around inside the museum, a “Concert” performed by manipulating Orphe like a musical instrument, and “Reverberations” produced by the interplay of Orphe’s light and music with the spaces of the building. We invite you to enjoy the music interface, Orphe, created by a group of next-generation creators.

Orphe is a vessel.
It can be an instrument or lighting; it changes in line with the user’s creative imagination. At times, it is a compass showing the direction the user is moving or a mirror reflecting the distinctive character of the user’s movements.

Currently, Orphe takes the form of a shoe. It does so coincidentally, but also inevitably. In the process of realizing a shoe equipped with a computer, we encountered numerous problems but also got individuals of all backgrounds to share our excitement.

Orphe was developed through the combined efforts of many more people than we initially imagined. They include other makers, numerous performers and artists, investors offering support, and factories providing cooperation. Then, 21st Century Museum of Contemporary Art, Kanazawa called on us, and we were able to realize this exhibition with the cooperation of a great many friends and associates.

As an artist, I do not intend to define the things that are finding embodiment amid encounters of all kinds. Suffice it to say, I want to watch the project grow large enough to satisfy the wants and needs of as many people as possible. 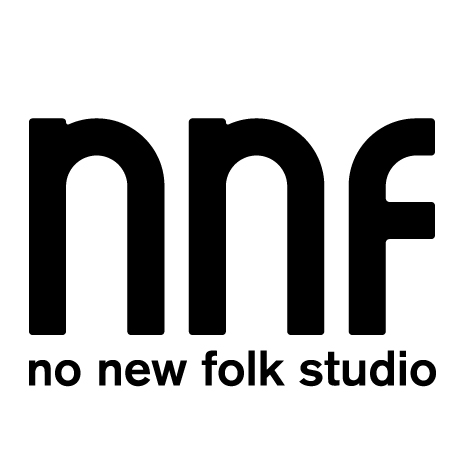 In 2014, KIKUKAWA Yuya (now CEO), who majored in art engineering at Tokyo Metropolitan University Graduate School, established “no new folk studio” along with associates in his graduate school laboratory. In 2015, they debuted the “Orphe” smart-footwear development project. The same year, seeking funding with the crowdfunding platform, Indiegogo, they quickly achieved 214% of their target sum. Thereafter, funding surpassed $100,000. In 2016, during the world’s largest international consumer electronics trade fair “CES” held in Las Vegas, the project enjoyed terrific popularity among visitors and captured the attention of such news media as FOX and CNET. Commercial sales are scheduled to begin this summer. Because of Orphe’s amazing versatility, the start-up “no new folk studio Inc.” has captured the attention of diverse industries ranging from music, fashion, performance, and sports to health care. 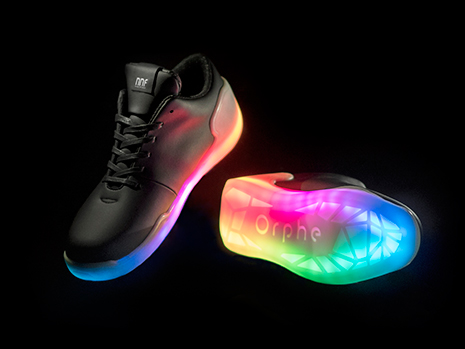 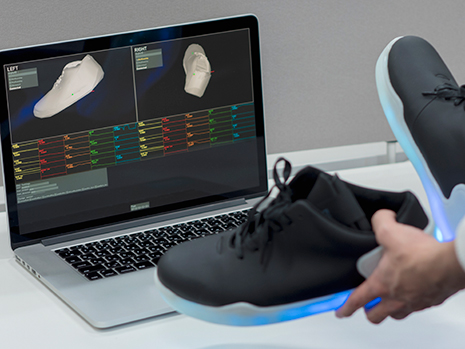 Packed with 9-axis motion sensors and a Bluetooth wireless module. Usable as musical instrument or controller in conjunction with various applications. 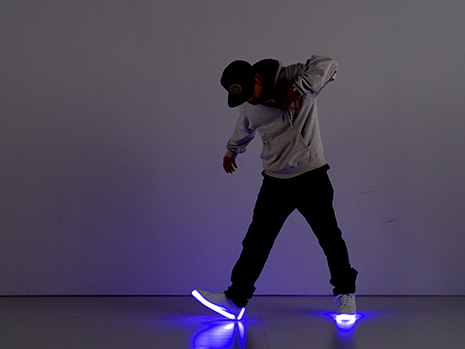 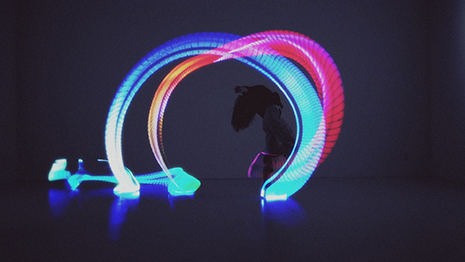 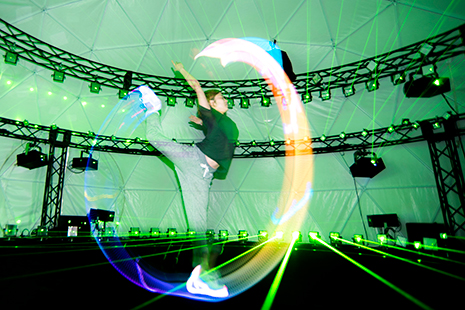