KASHIO Satomi : Something That Dwells Inside Life 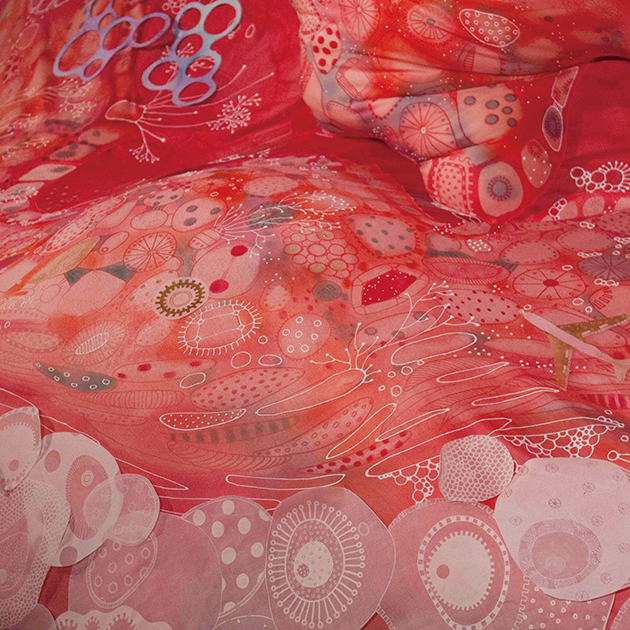 Forms Filled with Life Force by Textile Artist Kashio Satomi.
This exhibition “KASHIO Satomi : Something That Dwells Inside Life” is the second in the Aperto Series introducing cutting edge young artists in a solo exhibition format. Building on Japanese dyeing traditions, particularly those of Kaga Yûzen, Kashio Satomi creates intricately detailed expression through methods that include silkscreen and brushing on colors. Incorporating such everyday motifs as planes and cogwheels, the images in her works are characterized by geometric decorativeness, while also evoking thoughts of living cells. Creating three-dimensional forms through the layering and combining of sheets of fabric, what emerge are forms replete with an organic sense of life force. This exhibition introduces ceiling hangings in tune with their display space developed by Kashio since 2014.

The exhibition series “Aperto” introduces up-and-coming young artists in a solo exhibition format. As an art museum actively engaged with the contemporary world, 21st Century Museum of Contemporary Art, Kanazawa looks closely at new trends now in the process of forming. Artists and curators collaborate in creating occasions for exhibiting works and act as an intermediary between today’s creation and that of the future. This exhibition series looks at individual artists who, although having little experience with solo or important group exhibitions at art museums, possess sufficient creative motivation to command a solo exhibition and who are expected to make a significant impact in the future. Artists are selected without regard for their nationality or expressive media by the curator at 21st Century Museum of Contemporary Art, Kanazawa.
Note: “Aperto” is Italian for “open.” 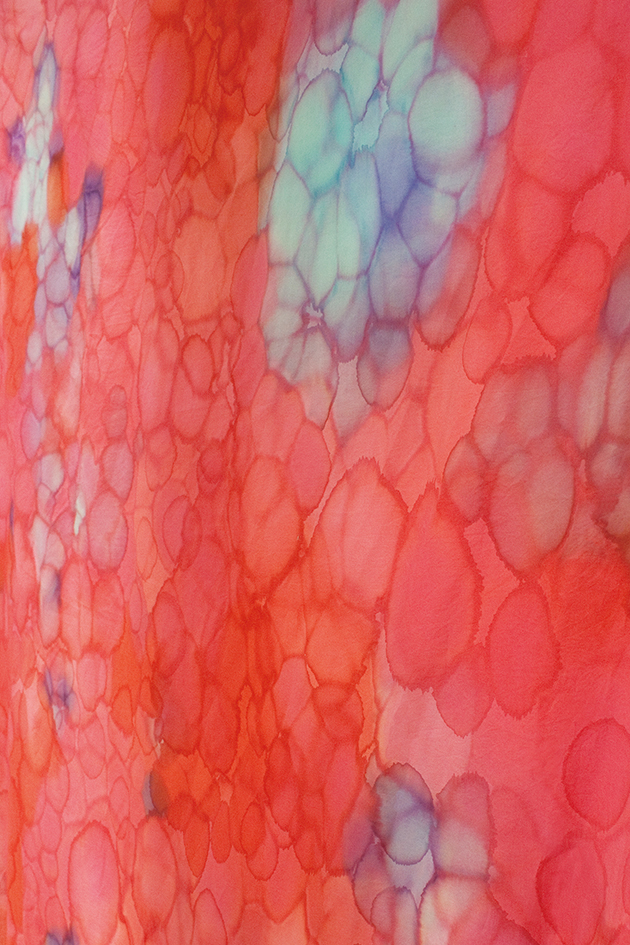 How far can we go rebuilding the human body with artificial parts, how far beyond prosthetic hands and legs?
In today’s information society there is often a sense that we are losing track of our own sense of existence. And, we confirm that we “are” here by touching things with our own skin.
For humans, that unshedable sense of the corporeal.
So now, I brush fabric gently across the skin.
It is almost as if it can tell us that we exist.
I want to draw the manmade things that we cannot live without as a way of depicting the contemporary life force. These depicted items brush against your awareness, as if in them we can capture a sense of your/my “being”. 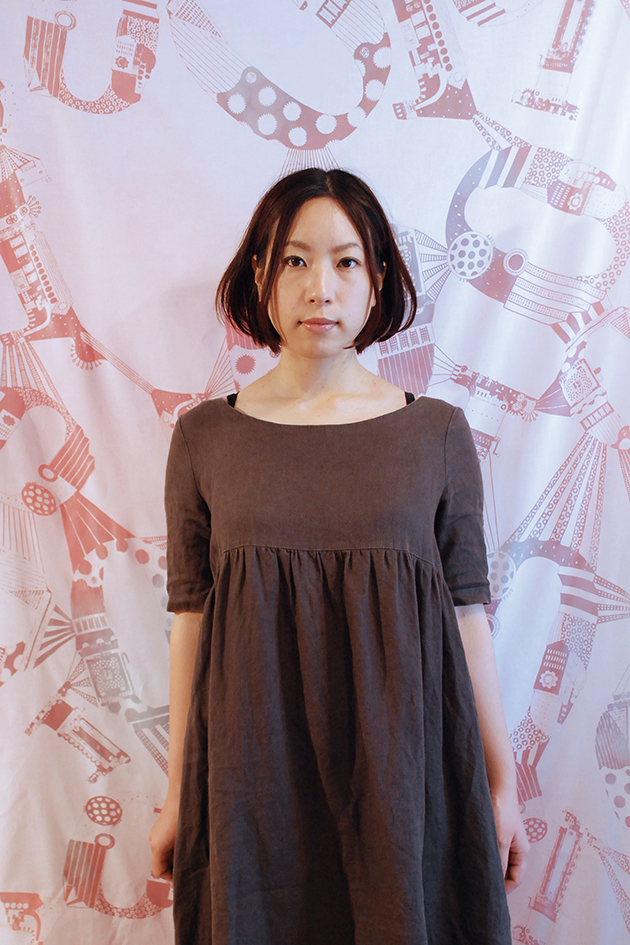 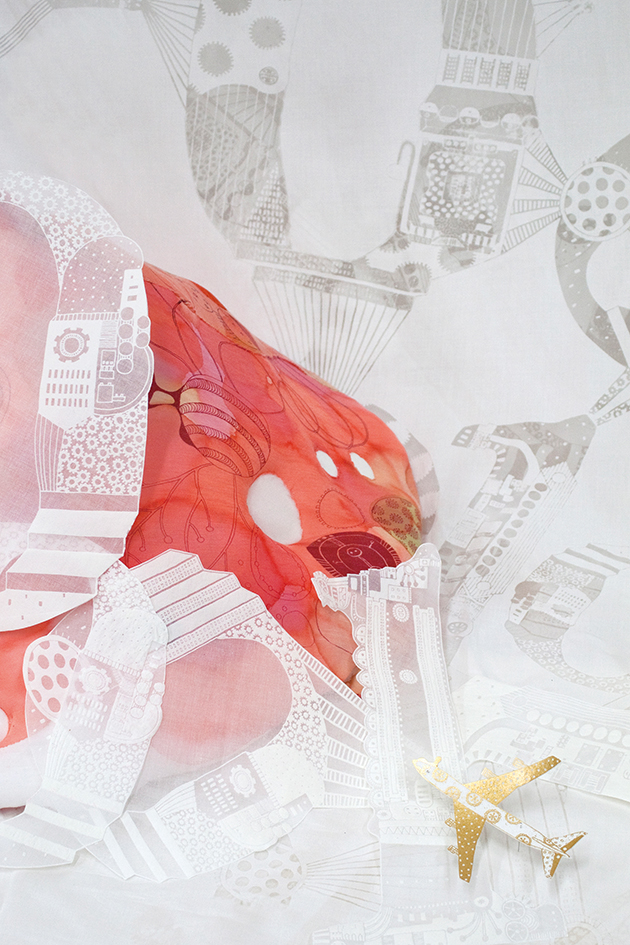 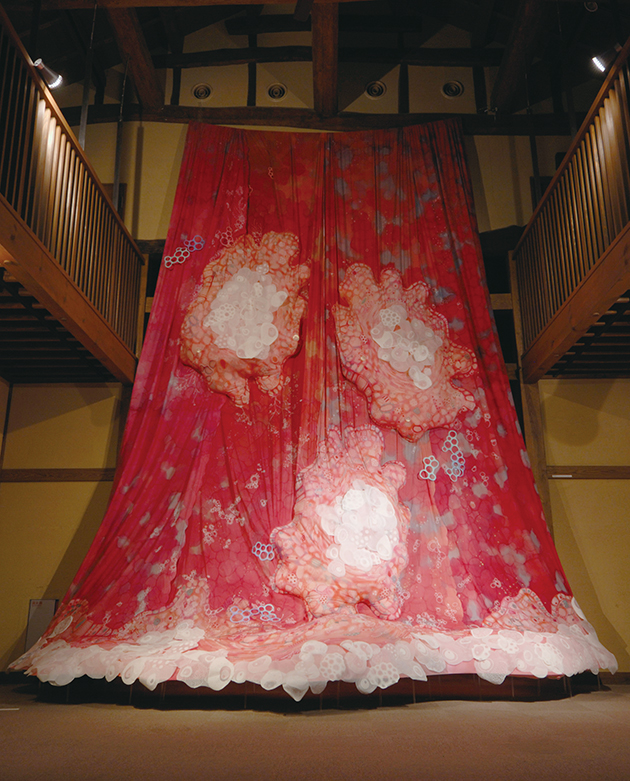