Transparent materials and highly polished surfaces have fascinated people since ancient times. As concepts, "transparency and reflection" repeatedly come up in art, as well, such as when artworks are likened to windows or mirrors. The physical effects produced by highly transparent materials and mirror techniques can greatly surprise us or be a source of fun and enjoyment, and what we see when peering through these artworks or gazing into their reflections can change our visual channel and induce new thinking.
Later, after viewing this exhibition, when you walk through our museum once again, what kind of images do you see reflected in the museum’s circular glass wall or large transparent doors? What scenery opens to you from beyond them? 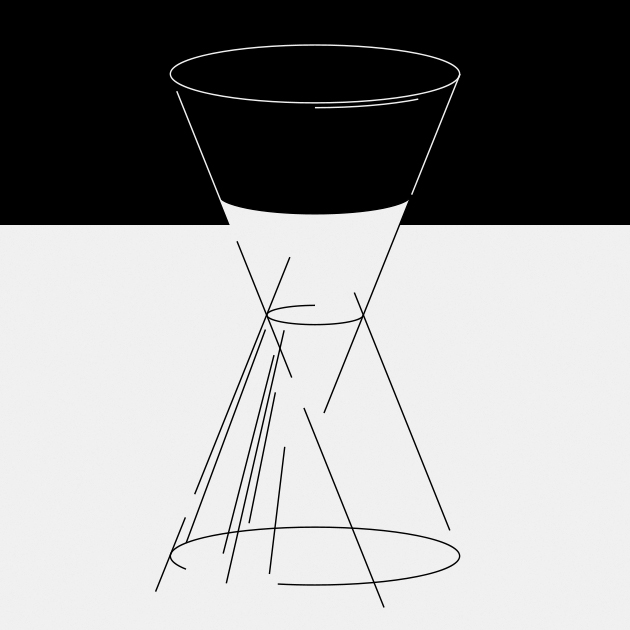 "Collection Exhibition I TRANSPARENCY | REFLECTION" looks at the properties of "transparency and reflection" in the context of their use in artworks, such as sculptural works that employ materials transparent to light or light reflecting, a self-portrait in the form of the artist's reflection, or photographic images acquired through a lens.
Transparent materials and highly polished surfaces have fascinated people since ancient times. As concepts, "transparency and reflection" repeatedly come up in art, as well, such as when artworks are likened to windows or mirrors. The physical effects produced by highly transparent materials and mirror techniques can greatly surprise us or be a source of fun and enjoyment, and what we see when peering through these artworks or gazing into their reflections can change our visual channel and induce new thinking.
Later, after viewing this exhibition, when you walk through our museum once again, what kind of images do you see reflected in the museum’s circular glass wall or large transparent doors? What scenery opens to you from beyond them? 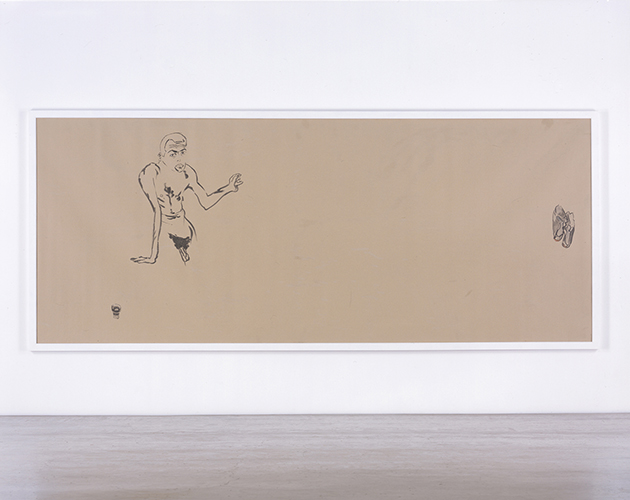 Born in Naples, Italy in 1952. Lives in Rome, Italy; Chennai, India and New York, USA. Francesco Clemente wrote many poems as a child and taught himself to paint. In 1972, after moving to Rome, he met Alighiero BOETTI and was heavily influenced by him. He later traveled to India and Afghanistan, whose culture and thought played an important role in his subsequent artistic activities. In the 1980s Clemente was associated with the Transavantguardia (Transavantgarde), the Italian version of the Neo-expressionism movement. He has spent time in different cultural spheres producing works that rely on a range of different techniques, including miniatures, mosaics, and frescoes, while also undertaking collaborations with artists such as Allen GINSBERG, Andy WARHOL, and Jean-Michel BASQUIAT. His work is characterized by fragmented images inspired by the free interplay of memories, cultures, ages, and sexual differences arising from his own introspection and experiences. Born in Copenhagen, Denmark in 1967. Lives in Berlin, Germany. Interested in how humans perceive visible phenomena, Olafur Eliasson is known for works, which pursue the process of how human perceptions are formed using media such as light, water, colors and mirrors. He is open about how phenomena unfolded before the viewer’s eyes are created, and rather than scrutinizing scientific mechanism of perceptive ability, many of his works give the viewer genuine joy and pleasure to watch. He is also positive about working for huge projects and is involved in architecture as one of his important prospects. Born in Horovice, Czech Republic in 1933. Died in 2010. After graduating from university, Fišar made sculptures using stone and wood until 1966 when he switched over to glass as he was requested to join a team of monumental glasswork production as a sculptor for Montreal International Exhibition held in the following year. Subsequently he worked for Zelezny Brod Glassworks as a glass artist until 1971. He then became a glass artist, and was active mainly in Europe giving exhibitions. While emphasizing the sculptural space and formation, he realized the one and only expression made possible through communicating with the material. 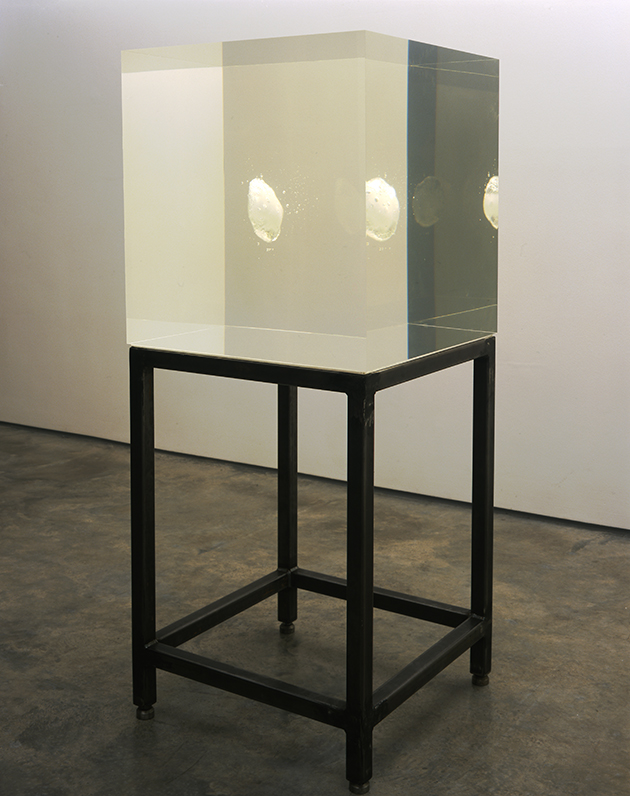 Born in Bombay, India in 1954. Lives in London, UK. After spending his childhood in India, Anish Kapoor went to England at the age of 17. In the 1970s, he began to create artworks, and at the beginning, he produced many three-dimensional works covered with pigments on the surface. Later, he began to make objects, which look like a cave entrance or a crack in the earth, covering the inside of a crevice or hole made in the bedrock-like floor with pigments. His works constructed with varied materials always urge us to reconsider our vision and usual perceptions. In the unknown world generated beyond dimensions, Kapoor’s own views on human existence and life are reflected. Born in Nagoya, Aichi, Japan in 1957. Lives there. Kojima’s works include sculpture that incorporates the real world as a borrowed landscape, and installations where a pseudo-mirror, not existing physically, is created by making all the objects in a room symmetrical in relation to the center line of the room. Through such works, he tries to create worlds in which the realms of fiction and reality intersect. Kojima refers to the point where reality and fiction become one as the 'critical point', and he continues to explore this idea through a variety of forms of expression. 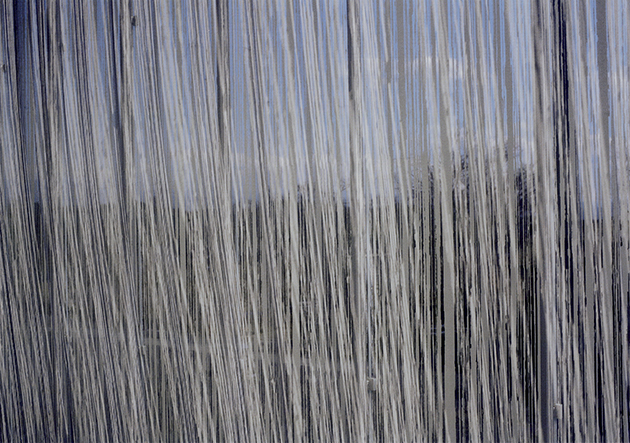 Born in Como, Italy in 1969. Lives in Milan, Italy. Lambri takes photos and videos of the interiors of modern buildings designed by architects such as Giuseppe TERRAGNI, Le Corbusier, Mies VAN DER ROHE and SANAA, and more specifically, she is known for her works focusing on the details (mostly the openings such as windows and doors). While her style of cutting out static and neutral space mainly in white can be viewed as minimalism/ typology, her works resemble portraits reflecting her personal moments or experiences rather than architectural photos, and you could sense her perspective on the function of architecture as a device to cut out scenery in particular. Born in Takehara, Hiroshima, Japan in 1979. Lives there. After entering the Department of Applied Arts & Design, Kurashiki University of Science and the Arts, Narahara Hiroko started working in glass. In her sophomore year, she fused a lump of glass and glass powder in a mold by heating, and came up with the technique of mixing a transparent and semi-transparent glass. This discovery had a critical impact on her subsequent works, and her piece entitled Soul that she made in her senior year of university, was awarded the first prize at the World Competition of Arts & Crafts Kanazawa 2001. She also makes works combining glass and concrete. Born in Kyoto in 1974. Lives and works in Tokyo. After graduating from the sculpture course at Kyoto University of Art and Design, Miyanaga Aiko entered the master’s program in Intermedia Art, Graduate School of Fine Arts, Tokyo University of the Arts and in 2008 obtained her MA. Awarded the Gotoh Memorial Foundation Newcomer’s Prize of Art in 2011 and Creative Tradition Prize of the Japan Arts Foundation in 2013, she is seen as an artist of great promise, representative of the younger generation of contemporary artists. Miyanaga expresses her reflections on time and memory through objects created using the materials naphthalene and salt. She is known for works produced through skillful manipulation of natural processes of change, such as sublimation and evaporation. Born in Tokyo, Japan in 1970. Lives in Saitama, Japan. After graduating from the Department of Painting, Faculty of Art and Design, Tama Art University, Saga Atsushi presented sculptural works with the theme of furniture. In 2004, he started to make "MUMI" series in which his works appear to be all white. Using his own painting and polishing techniques, images of furniture are secretly painted in the surface of panels that glare with hard coating, and these works are filled with tension seeming to question the viewer’s perception. In the "Alternative Paradise" exhibition held at 21st Century Museum of Contemporary Art, Kanazawa in 2005-06, Saga finely polished the wall of the exhibition gallery as if including a sense of air released from the wall in his work that attracted viewers’ attention. SEJIMA Kazuyo: Born in Ibaraki, Japan in 1956. NISHIZAWA Ryue: Born in Kanagawa, Japan in 1966. They have worked as an architect unit since 1995. Both live in Tokyo, Japan.While working for their own independent offices – Sejima after 1992 and Nishizawa after 1997, they have co-designed many works under the name of SANAA since 1995. Simple abstract space design using glass and white walls while eliminating decorations and architectural forms as much as possible characterizes their works. They also have designed many museums including 21st Century Museum of Contemporary Art, Kanazawa, New Museum in New York, and the branch of Louvre in Lens, France. Born in Tokyo, Japan in 1959. Lives in Kanazawa, Ishikawa, Japan. As undergraduate and graduate student at Tokyo University of the Arts, Tanaka Nobuyuki studied lacquer. In the latter half of the 1980s he created two-dimensional works on which he intentionally left the texture of hemp cloth, and in the 1990s he created 3D works using dry lacquer. Tanaka simultaneously developed works that highlighted the appeal of lacquer by coating shield-shaped solids with background powder and leaving complex irregularities, as well as works that were polished like a mirror. In around 2002 he started to work on pieces based on the concept of ‘place’, which appealed to the viewer’s physical senses while creating architectural space. 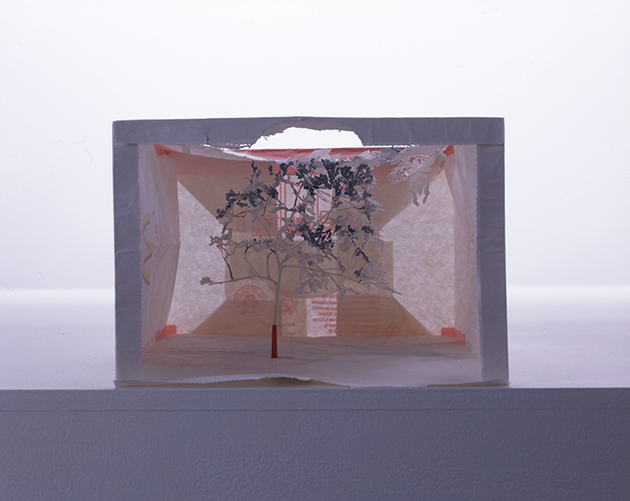 Born in Okinawa, Japan in 1973. Lives in New York, USA. After graduating from Tama Art University with a major in oil painting in 1996, Teruya Yuken studied at Maryland Institute College of Art in 1999 and completed MFA programs of School of Visual Arts in 2001. He won a VOCA Encouragement Prize and the Aldrich Museum of Contemporary Art Emerging Artist Award in 2002. His approach to his works involves his keen awareness of subjects such as history and identity, and he expresses his unique viewpoint with light touch. Complex circumstances peculiar to Okinawa where he was brought up impacted heavily on Teruya’s notion that it is difficult to grasp the essence of a matter or a phenomenon from just one aspect. 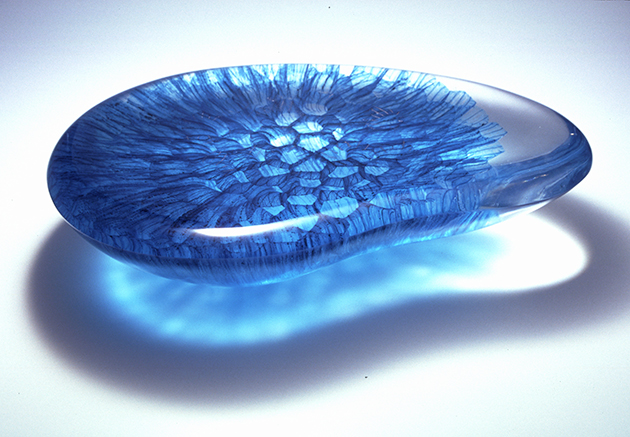 Born in Gifu, Japan in 1972. Lives in Ishikawa, Japan. After studying metalwork at Takaoka National College, she studied glass at various places including the Notojima Glass Studio, the Pilchuck Glass School in the U.S., the Toyama City Institute of Glass Art, and Kanazawa Utatsuyama Craft Workshop. Joining glass techniques such as casting, blowing and cutting, Tsukada produces works that remind us of motion in natural phenomena or succession of cells. In recent years, she uses a technique of mixing metal in glass, and focuses on the generating process in which different materials clash against each other and are fused. Born in Ibaraki, Osaka, Japan in 1965. Lives in Kameoka, Kyoto, Japan. An artist who uses steel and various materials to make three-dimensional objects. Yanobe's art is rooted in his childhood experiences at the Expo '70 site. The Expo represented the 'future’ that the heart leapt for, but after the exposition came to an end, the site became ‘ruins’ of the future. This impressed the artist on the disconnect between human 'dreams' and 'reality'. The artist’s work took up the theme of how to survive in the context of this discord. More recently, the theme of Yanobe’s work has shifted from 'survival' to 'revival,' with a new focus on rising up from the ruins. Born in Bratislava, Slovakia in 1964. Lives in Verneuil-en-Halatte, France. Since he moved to France in 1993, Vladimir Zbynovsky has been producing sculptures merging together mainly stone and glass. A section of a mass of glass made by casting is cut and polished, arranged with collected stones to make works filled with tension. Both materials are related to the generation of the earth in their origins, and probably they have latent energy of the earth. While creating works, Zbynovsky tries to make both the human beings’ creative acts and nature’s generative process face each other, making the relationship between the two stand out in relief.