An encounter between the Indian classical melodies of Amit Roy and the painting installation Disco.

An encounter between the Indian classical melodies of Amit Roy and the painting installation Disco.

Sitar player. Born 1959 in Kolkata (Calcutta), son of renowned sitar maker Hiren Roy. First learning music at his father's knee, he went on to study under teacher Santosh Banerjee,
honing his skills further under the guidance of international sitar maestro the late Pandit Nikhil Banerjee. From 1978 until Banerjee's death in 1987 Roy trained as a musician in the traditional manner that includes living in with the teacher. Performances reminiscent of those of his mentor Nikhil Banerjee earned him high acclaim in the Indian media, and a reputation for “melodies that shine like silver”. Making his home in Nagoya for the past few years, Roy continues to pursue a busy global performing schedule encompassing not only India but Japan, Europe and the United States, as well as recording numerous CDs. One of these, the 2011 release 3.11 emerged out of his deep sorrow at the plight of those affected by the Tohoku Earthquake, and a quest to do something personally to help. All proceeds from sale of the CD go to charity.

Encountered the tabla while traveling in India in 1999.

In 2005 studied under sitar player Amit Roy, and now serves as an accompanist on classical Indian instruments such as the sitar and santoor. 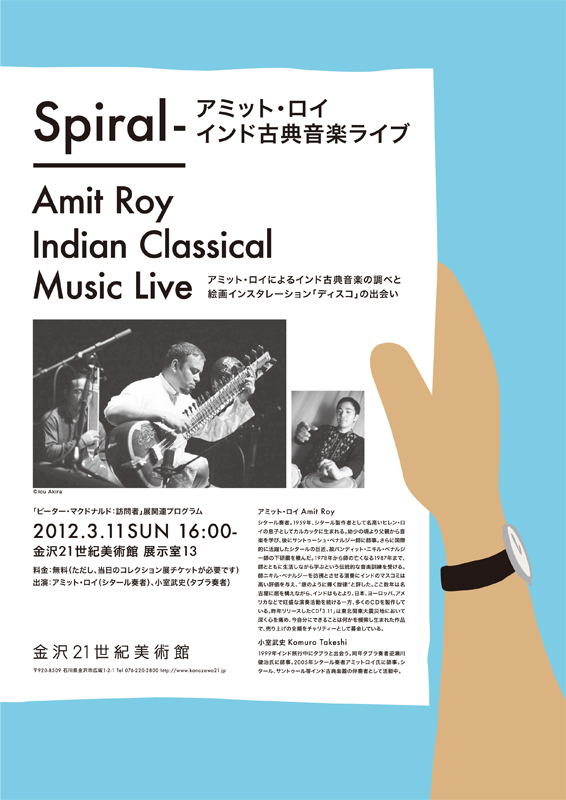