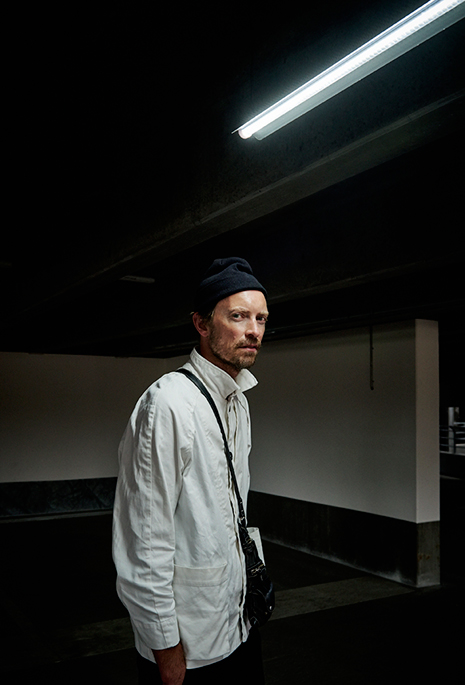 *The program may be subject to change owing to circumstances. Visitors can enter for this event to the Museum gallery of "Everyday Life – Signs of Awareness" after 16:00. The improvisation event will be permitted by the first visitors, advance reservations not required.Visitors will be closed when the capacity is reached.

The name Henrik Vibskov is most commonly associated not only with a fashion label, but a multitude of twisted yet tantalising universes created in relation to each collection.
“The Transparent Tongue“, “The Spaghetti Handjob“ and “The Shrink Wrap Spectacular“ are just a few titles of shows Henrik Vibskov has produced lately, each title referring to a different but equally mesmerising world and set of logic. As a fashion designer Henrik Vibskov has produced around 30 mens (and later also women’s) collections since he graduated from Central St. Martins in 2001, and as a member of the Chambre Syndicale de la Mode Masculine he is currently the only Scandinavian designer on the official show schedule of the Paris Mens Fashion Week, which he has been since January 2003.
Since the beginning of his career Henrik has frequently been invited to and participated in festivals, contests and talks such as the Hyères Festival in 2003 & 2004, the Expo 2005 in Japan, the Noovo Festival 2007 in Santiago de Compostela, the LungA Art Festival in Iceland in 2009 & 2010, the Notch Festival in Beijing in 2009 and the Gwangju Design Biennale in South Korea in 2011. Throughout his career Henrik’s designs have won him prizes such as the Becks Student Future Prize 2000, New Name of the Year 2003, the Danish Design Council Award 2007, Brand of the Year DANSK Fashion Awards 2008, an award from the Danish Arts Foundation in 2009, the 2011 Söderberg prize, the highest value design prize in the world, as well as the Jury Prize at the Danish Fashion Awards in 2012. Her Majesty The Queen Of Denmark and the academy council from the royal academy of fine arts gave HV The Thorvald Bindesbøll Medal in 2016
Between designing new collections biannually and creating the universes surrounding them, Henrik keeps himself occupied as drummer with his own project Mountain Yorokobu, signed to Fake Diamond Records, and also toured with Trentemøller for 6 years.
Henrik Vibskov has exhibitited at PS1 – MoMA in New York, Palais de Tokyo in Paris, ICA in London, Zeeuws Museum in Holland, Kiyomizu-Dera Temple in Kyoto, Japan, Wilhelm Wagendfeld Haus in Bremen, NAI Nederlands Architectuur Instituut in Rotterdam, Holland, The Textile Museum, Washington, USA , just to name a few. He has also produced several large scale solo exhibitions at museums and galleries, including the Rohsska museum in Gothenburg 2011, his “Neck Plus Ultra” exhibition which was shown at Galeries Lafayette in Paris and Gammel Strand in Copenhagen, and most recently a huge retrospective of his work at Designmuseo Helsinki in Finland. Together with visual artist Andreas Emenius he has created an ongoing art project called ‘The Circular Series’, which they begun to work on in 2009. Like in their earlier collaboration ‘The Fringe Projects’, in this project the circle is used as a clarifier, or visual glue, linking all the projects to the same universe. Henrik has also designed costumes for numerous operas and performances including collaborations with Hotel Pro Forma, the Oslo Opera house and Brussels Opera house.
Artists and musicians like M.I.A., Björk, The Arctic Monkeys, Sigur Ros, Franz Ferdinand, Lou Reed, LCD Soundsystem or Devendra Banhart have been spotted in Henrik Vibskov’s designs. The collections are sold through thoroughly selected shops across the globe and his own Henrik Vibskov stores in Copenhagen and New York.
Henrik Vibskov is currently Professor at DSKD and has frequently given lectures and been a jury member at institutions such as Central Saint Martins in London, the IED in Madrid and the Antwerp Royal Acadamy of Fine Art amongst others.
Henrik has published four books, including a 2012 monograph of his work to date (published by Gestalten).